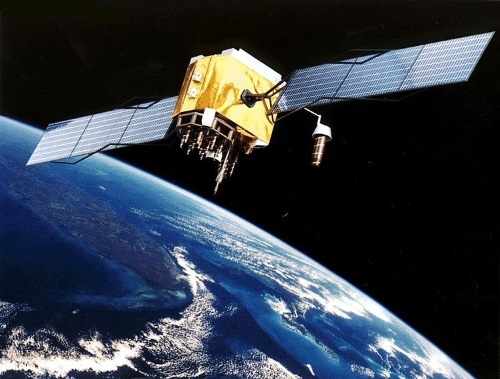 The Science and Technology Directorate within the Department of Homeland Security has published the Positioning, Navigation, and Timing or PNT Integrity Library and Epsilon Algorithm Suite to help protect against Global Navigation Satellite System or GNSS spoofing. Those resources will also help prevent the “deception” of a Global Positioning System or GPS device through false signals.

[Graphic rendering above of GPS satellite by NASA.]

Those resources help boost PNT security by providing users a method to verify the integrity of the received GPS data, the agency said.

“Since GPS signals can be jammed or spoofed, critical infrastructure systems should not be designed with the assumption that GPS data will always be available or will always be accurate,” noted Jim Platt, chief of strategic defense initiatives at the Cybersecurity and Information Security Agency, in a statement.

“Application of these tools will provide increased security against GPS disruptions,” he added. “However, DHS also recommends a holistic defense strategy that considers the integrity of the PNT data from its reception through its use in the supported system.”

The agency said PNT services, such as GPS, are a national critical function that enable many applications within the critical infrastructure sectors such as the transportation industry.

Often described as an “invisible utility,” PNT services – currently provided or augmented by a number of terrestrial and space-based systems, including GPS systems – enable a wide array of transportation applications such as vehicle-to-vehicle and vehicle-to-infrastructure technologies, traffic signal systems, plus snowplow-highway message sign connectivity.

The security issue DHS is addressing with its new resources is that satellite-based platforms provide global coverage but at great distances and with low signal intensity – and thus are more easily interfered with at the local level by natural phenomena and by technological means both intentional and unintentional.

“The increasing reliance on GPS for military, civil and commercial applications makes the system vulnerable,” according to Space Policy Directive-7 (SPD-7), issued on January 15. “GPS users must plan for potential signal loss and take reasonable steps to verify or authenticate the integrity of the received GPS data and ranging signal, especially in applications where even small degradations can result in loss of life.”

In February 2020, former President Trump signed an executive order establishing a comprehensive national policy promoting the responsible use of PNT services and GPS in order to strengthen critical infrastructure resilience.