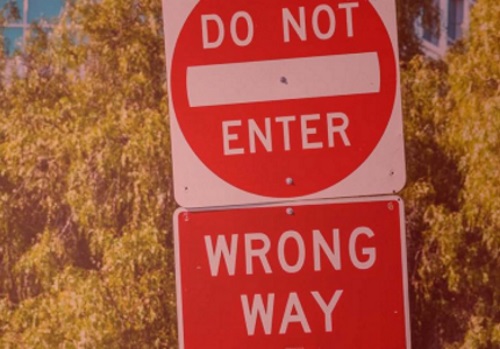 New analysis AAA Foundation for Traffic Safety found that 2,008 deaths occurred wrong-way driving crashes on divided highways between 2015 and 2018 for an average of approximately 500 deaths a year; up 34 percent from the 375 deaths annually from 2010 to 2014.

AAA said in a statement that it is working with the National Transportation Safety Board and other traffic safety organizations to educate drivers on the deadly impact of wrong-way driving.

Additionally, in light of those findings, AAA and the NTSB are urging state transportation agencies to adopt driver-based countermeasures that address key wrong-way driving contributing factors, such as alcohol ignition interlocks, strengthened deterrence strategies like sobriety checkpoints, driver refresher courses for older adults and the installation of warning signs and signals that are more visible.

“Alcohol impairment is, by far, the single most significant factor in the majority of wrong-way driving crashes, which unfortunately has not changed since the NTSB issued its wrong-way driving special investigation report in 2012,” explained Dr. Rob Molloy, NTSB’s director of its office of highway safety.

“The important work done by AAA shows that we need to redouble our efforts to address this safety hazard,” he added. “We know that interventions like ignition interlock devices for all offenders and high-visibility enforcement operations will reduce these types of devastating crashes.”

State departments of transportation are already engaged in variety of efforts to combat wrong-way driving.

In 2019, the Arizona Department of Transportation received an award from the Federal Highway Administration for its $4 million wrong-way vehicle alert system installed in 2018 along a 15-mile segment of Interstate 17 in central Phoenix.

The Nevada Department of Transportation also installed and activated a wrong-way driver detection and alert system encompassing roughly 20 freeway ramps along U.S. 395 in the northern part of the state in January 2019.

The Ohio Department of Transportation installed the Buckeye state’s very first wrong-way driver detection system along an 18-mile stretch of I-71 – a system that includes 92 electronic signs and 82 detection devices at 23 locations – in July 2019.

And in July 2020, the California Department of Transportation and the University of California-Davis released two reports highlighting ways to prevent wrong way driver collisions; reports based on a three-year pilot project conducted by Caltrans and the UCDavis’ Advanced Highway Maintenance and Construction Technology research center.