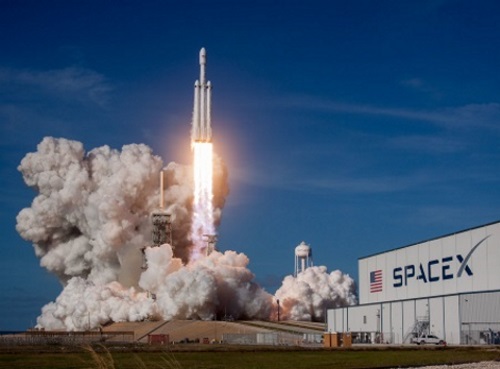 The Federal Aviation Administration recently issued a final rule streamlining the licensing process for private sector launch and reentry operations – setting the stage for what the agency called “a new era of commercial space transportation.”

[Above photo by SpaceX.]

“Innovation in commercial space transportation is increasing dramatically, and policy needs to keep up,” noted Pete Buttigieg, secretary of the U.S. Department of Transportation, in a statement.

“This rule will help us to prepare for future U.S. leadership in commercial space transportation by facilitating the continued economic growth and innovation of the American aerospace industry and ensuring the highest level of public safety,” he added.

The new rule, which took effect on March 21, developed from a National Space Council directive designed to encourage “American leadership in space commerce.”

It also establishes a single set of licensing and safety regulations for several types of commercial space operations and vehicles. For example, the FAA said one license could support multiple launches and reentries at multiple locations – a “game-changing innovation” that will make this process more efficient, the agency said.

“With the streamlined rule we can make sure launch vehicles aren’t tethered to the launch pad with red tape and at the same time protect public safety during commercial space operations,” noted Steve Dickson, FAA’s administrator.

State and local governments are also looking to establish launch and reentry sites to provide additional operational capacity and serve as economic hubs, the FAA added. In the U.S., there are presently 12 FAA-licensed spaceports, in addition to Federal government and private launch sites.

Overall, the FAA expects the $400 billion global space industry to generate revenues of $1.1 trillion or more by 2040.

Additionally, the FAA reorganized its Office of Commercial Space to meet what it calls “burgeoning private sector licensing demand” and established the Office of Spaceports. The agency is also continuing to test and deploy new technologies to support the safe and efficient integration of commercial space operations with other types of air traffic in the National Airspace System.

The number of FAA-licensed commercial space launches has dramatically accelerated from only one in 2011 to a record 39 in 2020, the FAA added, with 50 or more FAA-licensed launch and reentry operations expected in 2021.

In addition to the rule, to meet the increasing demand for commercial space transportation services, the FAA is working with current active license holders to authorize planned operations or modify current licenses. The agency is also talking with a number of new entrants interested in applying for licenses, adding that – as of now – 11 companies hold 23 FAA-issued launch or reentry licenses.