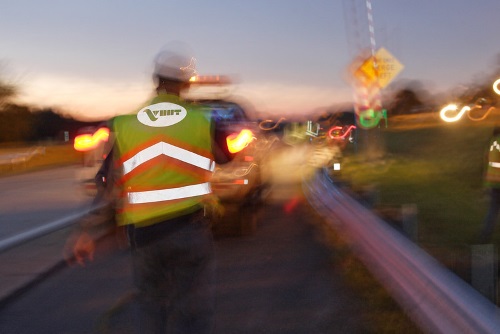 The Federal Highway Administration recently noted that roughly 500,000 emergency responders have completed its specialized National Traffic Incident Management or TIM Responder Training – a milestone reflecting nearly a decade of efforts to improve safety for those on the scene at roadway crashes and representing the agency’s “continued progress” toward its goal of training one million first responders.

“Enhanced training and preparedness can save lives,” said Stephanie Pollack, FHWA’s acting administrator, in a statement. “This training is especially critical given that every day responders are at risk of being struck and killed or injured in the line of duty.”

[The curriculum is available online at http://www.trb.org/Publications/Blurbs/166877.aspx, while registration for the web-based National Traffic Incident Management Responder Training is available at https://www.nhi.fhwa.dot.gov/course-search?course_no=133126.]

FHWA said its focus on TIM training is because one of the leading causes of death and injury for emergency responders is being struck by other vehicles while responding to roadway incidents.

Teaching first responders – including highway patrol officers, fire and rescue, ambulance and EMT personnel, and tow-truck operators – how to protect themselves while helping others is a continuing priority because of their high-risk jobs, FHWA said.

“Training 500,000 people is an impressive achievement, but our work is not yet done,” Pollack added. “America’s road system needs another half-million properly trained emergency responders.”

The agency added that there are “big rewards” to be gained from TIM training. For example, following their training in 2018, Houston Fire Department responders reduced crash scene time by 40 percent and saw a 25 percent reduction in fire apparatus struck at incident scenes.