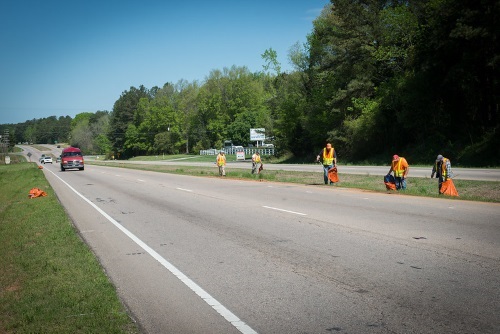 The North Carolina Department of Transportation recently introduced a new mobile-friendly web application that allows drivers to report motorists who throw trash from their vehicles.

The new Swat-A-Litterbug app sends “formal notification” from the N.C. State Highway Patrol to motorists spotted littering, informing them about the littering offense along with the possible penalties for littering, and a note urging them to help keep North Carolina clean.

NCDOT noted in a statement that its Swat-A-Litterbug Program – in operation for more than 30 years – gives the public an opportunity to play an active role in keeping North Carolina’s roadways free of trash.

The agency has also recruited country music artist and North Carolina native Luke Combs to film a series of videos reminding motorists to keep litter off the state’s roadways.

“We are from one of the most beautiful places in the world, and we need to do our part to help keep it that way,” Combs says in the public service announcement recorded for NCDOT’s use.

“We appreciate Luke volunteering his time to help spread the word,” noted Eric Boyette, NCDOT secretary, in a statement. “Litter is an issue that affects everyone and we need everyone’s help to stop it.”

The agency also continues to seek volunteers for its upcoming Spring Litter Sweep – held April 10-24 this year – to remove litter and other debris from state roads.