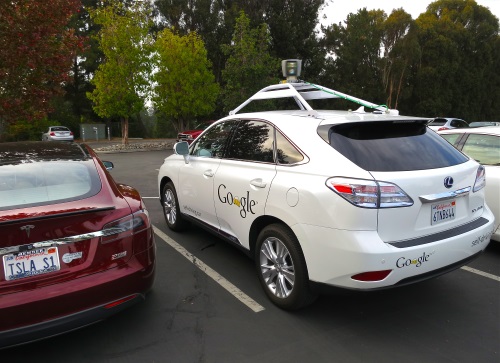 The American Association of State Highway and Transportation Officials sent a five-page letter to the National Highway Traffic Safety Administration on April 1 outlining recommendations for that agency’s Automated Driving System Safety Framework, which was published in the Federal Register in December 2020.

[Above photo by Google.]

AASHTO noted in its letter that, “there is great potential that connected and automated vehicles (CAVs) will improve safety, enhancing mobility and reducing the environmental impact of surface transportation system.”

That is a critical feature of this new technology as “safety has been, and will remain, at the forefront of AASHTO’s policy goals, as state DOTs have the primary responsibility for the safe and efficient movement of people and goods on our nation’s highways and streets,” the organization added.

That feedback comes at a time when support is building for broader deployment of CAVs and fully autonomous vehicles or AVs across the country.

In February, the Coalition for Future Mobility sent a letter to Congressional leadership calling for more support of legislation “designed to advance U.S. leadership in the safe development and deployment of automated vehicles.”

Noting that the United States is “a global leader in the development of these potentially life-saving technologies,” the coalition stressed in its letter that, “we have an opportunity to work collaboratively and chart a course that sustains U.S. leadership and innovation of these critical safety and mobility solutions for decades to come.”

State DOTs are also stepping up their involvement to test and prepare CAVS and AVs for broad deployment on U.S. roads.

A knowledge session hosted by CDM Smith during AASHTO’s 2020 annual meeting highlighted the efforts of AV offices or programs established by state DOTs – detailing their strategies and ongoing work with AV companies.

In terms of physical testing activity, the Utah Department of Transportation and Utah Transit Authority recently conducted a 12-month pilot test of a fully autonomous shuttle bus across the state to help foster greater acceptance of AV technology by the public.

And in September 2020, the Pennsylvania Department of Transportation issued updated guidance enhancing the safety oversight of statewide autonomous vehicle testing – a months-long effort that included several rounds of internal and external reviews plus roughly 40 hours of discussions with autonomous vehicle testers.

“There are 2,560 municipalities across Pennsylvania when it comes to ensuring AVs operate consistently,” noted Mark Kopko, director of PennDOT’s Office of Transformational Technology. “We also need to look at things from regional perspective as well.”

Kopko added that, “We also know ‘level of consistency’ is important for interstate trucking — how to make sure the technology maintains synergy between states and larger regions. The last part is education – it is imperative for people to understand how AVs work. It is not the role of government to preach or vouch for one side or the other when it comes to this technology. Rather, it is to help remove misconceptions regarding AVs so the public can form their own understanding about them.”