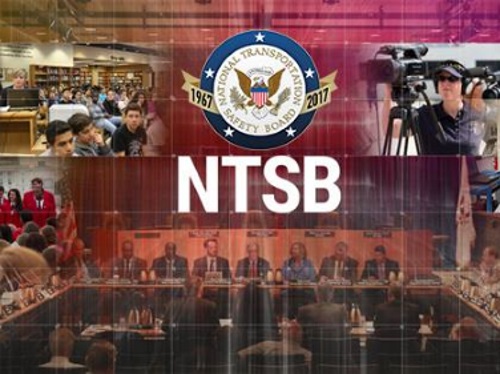 The National Transportation Safety Board unveiled its 2021–2022 “Most Wanted List” of 10 transportation safety improvements on April 6, with four of them focused on motor vehicle-related activity – including one that seeks to improve pedestrian, bicyclist, and motorcyclist safety.

[Above image via the NTSB.]

The NTSB noted in a statement that those improvements should:

The agency added that its 2021-2022 list features “mode-specific” safety improvements with more than 100 safety recommendations associated with the items on its list.

State departments of transportation are already working on several of the issues highlighted by the NTSB on its 2021-2022 “Most Wanted” list.

Several began working with their respective state law enforcement organizations to combat an alarming rise in speeding incidents that began occurring in 2020 at the start of the COVID-19 pandemic.

Where pedestrian safety is concerned, though overall national fatality rates increased during the first half of 2020, pedestrian deaths declined in 20 states and Washington D.C. compared with the same period in 2019.

A new report from the Governors Highway Safety Association also noted how several state-directed efforts are successfully improving pedestrian safety across a variety of areas.

The American Traffic Safety Services Association or ATSSA also recently released recommendations to state DOTs for ways to reduce pedestrian fatalities as well as improve the safety of people who, while not in vehicles, utilize the nation’s roadways.

“This includes bicyclists and others who might not only walk, but roll, and are at a distinct and dangerous disadvantage when crossing a road or being in a road with vehicles and trucks,” noted Stacy Tetschner, ATSSA president & CEO, in a statement.

Tetschner added that the group’s 19 recommendations – assembled by ATSSA’s Traffic Signals Committee – should help put vulnerable road users “on a more equal footing with vehicle‐based travel, not only in terms of safety, but as a means of effective and efficient travel mode.”