USDOT Making $1B in Grants Available via RAISE Program 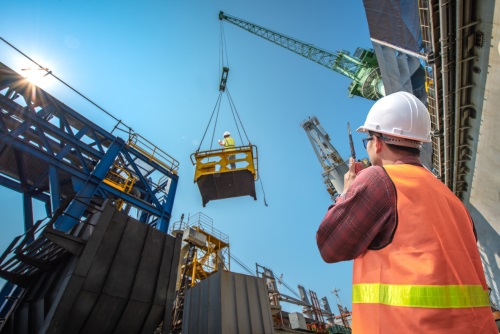 The U.S. Department of Transportation published a notice of funding opportunity on April 13 for $1 billion worth of fiscal year 2021 discretionary grants via the new Rebuilding American Infrastructure with Sustainability and Equity or RAISE program.

[Above image via the USDOT.]

The agency said in a statement that RAISE grant funding applications are due by July 12. Formerly known as the Better Utilizing Investments to Leverage Development or BUILD program under the Trump administration and the Transportation Investment Generating Economic Recovery or TIGER program during the Obama administration, USDOT said it would consider projects for RAISE funding based on “merit criteria.”

That criterion includes safety, environmental sustainability, quality of life and economic competitiveness, state of good repair, innovation, plus an array of “partnership” factors. Within those criteria, the USDOT said it plans to prioritize projects that can demonstrate improvements to racial equity, reduce impacts of climate change, and create good-paying jobs.

For this round of RAISE funding, the maximum grant award is $25 million and will not award more than $100 million to a single state. USDOT also plans to issue up to $30 million for planning grants, including at least $10 million to “Areas of Persistent Poverty,” USDOT said.

To ensure that the benefits of infrastructure investments benefit communities large and small, the agency added that it would award an equitable amount – not to exceed half of this round’s overall funding – to projects located in urban and rural areas respectively.

Pete Buttigieg, USDOT secretary, noted in an April 9 White House Briefing that spurring “equity” and “climate” investments in transportation via efforts such as the American Jobs Plan and RAISE grants is how the Biden administration expects to help more of the nation “thrive.”

“I would argue that infrastructure is the foundation that makes it possible for people to live and work well.  And you can’t live or work or thrive without things like roads, clean water, electricity, broadband — yes, that’s infrastructure,” he said during the Briefing. “And investing in a full vision of infrastructure is how we build a safer and more prosperous America, and ultimately, I believe, critical to the American Dream.”

Buttigieg added that he views USDOT as but one federal agency helping “lay out the broad policy strokes” in terms of making more equity- and climate-focused infrastructure investments.

“We’ve made sure that that first wave of calls for applications clarified that we’re looking for great projects that also bear on things like equity and climate that are important to this administration. And you’ll continue to see that in the program design,” he emphasized. “So, part of what we’re trying to do here is make sure there’s an ample set of resources to go around. We’ve got to make sure there’s enough to raise the bar in the country as a whole.”