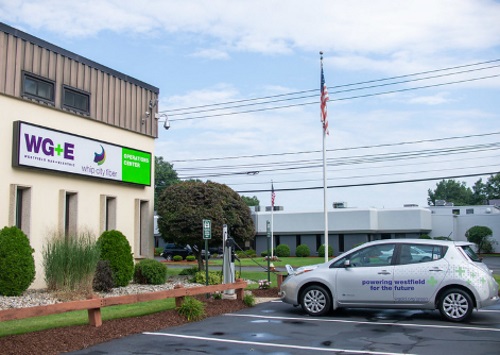 [Above photo via the Massachusetts Governor’s Office.]

“By establishing a clear regulatory path to ensuring that all vehicles sold in the United States are zero-emission, we can finally clear the air and create high-road jobs,” the governors said in the letter.

“Moving quickly towards a zero-emission transportation future will protect the health of all communities,” they added. “With bold federal leadership, American workers will lead the way in designing, building and driving clean and affordable vehicles.”

The governors highlighted how investments proposed within the administration’s American Jobs Plan investments could support the “scaling up” of ZEV charging and refueling infrastructure – enhancing the investments already made by states.

For example, the California Department of Transportation in February installed 22 new “fast-charging” stations for electric vehicles or EVs at nine locations along the state’s highway network.

Six energy utility companies announced in March that they are joining forces to build a seamless network of EV charging stations connecting major highway systems from the Atlantic Coast, through the Midwest and South, and into the Gulf and Central Plains regions.

Meanwhile, the governors also requested in their letter an expansion of tax credits to support the manufacturing of zero-emissions trucks, buses, and charging stations and funding to promote equitable access to ZEVs and transportation electrification at the local level.

One example of that is the deployment by the Cherokee Nation of two electric transit buses to transport employees and tribal citizens to work and tribal health centers, along with an electric school bus.

The tribe said it used a $1.5 million U.S. Department of Transportation grant awarded in 2018 to help pay for those buses as well as construction of the recharging station.

“The Cherokee Nation has always been a leader in environmental conservation and forward-thinking efforts that will reduce harmful activities impacting our natural resources,” said Principal Chief Chuck Hoskin Jr. in a statement.

“As we work to reduce our carbon emissions by 25 percent by 2027, we are investing in sustainable projects that will have many long-term benefits,” he added. “Our responsibility as stewards of the land, air and water will always be one of our most significant values, and introducing these eco-friendly transit vehicles into our fleet is an example of how we can make a great difference in our environment.”