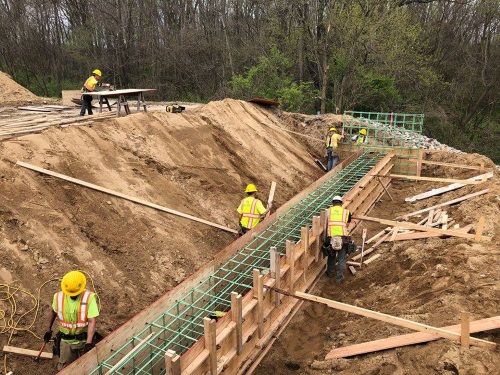 Rep. Greg Pence, R-Ind., recently introduced legislation that seeks to codify the Rural Opportunities to Use Transportation for Economic Success or ROUTES Initiative introduced nearly two years ago by the U.S. Department of Transportation.

“Indiana is the ‘Crossroads of America’ – we see billions in commerce come through our state via airports, highways, and railways,” Rep. Pence said in a statement. “In rural parts of the country, we are just as dependent, if not more, on reliable, safe and updated infrastructure.”

The USDOT rolled out the ROUTES Initiative in October 2019 during the annual meeting of the American Association of State Highway and Transportation Officials. It places particular focus on supporting the needs of rural transportation networks that buttress domestic production and export of agriculture, mining, and energy commodities, as well as improving the quality of life for Americans living in rural communities.

USDOT data indicates that two-thirds of rail freight originates in rural areas, while nearly half of all truck vehicle miles traveled occur on rural roads.

“The ROUTES Act strengthens rural America’s ability to be competitive in securing Federal resources to complete critical transportation projects that will improve safety and drive economic competitiveness in all parts of the country,” emphasized Brandye Hendrickson, AASHTO’s deputy director, who also previously served as deputy administrator of the Federal Highway Administration and as commissioner of the Indiana Department of Transportation.

During the 116th Congress, as a member of the House Transportation and Infrastructure Committee, Rep. Pence included the ROUTES initiative as a top fiscal year 2021 appropriations priority and authored an amendment to include this legislation in the Moving Forward Act.

He added that the key benefit provided by the ROUTES Initiative is that it works to ensure that rural communities “get their proportionate share” of federal funding for infrastructure and provides technical assistance to local rural communities to help them apply for federal transportation funds.