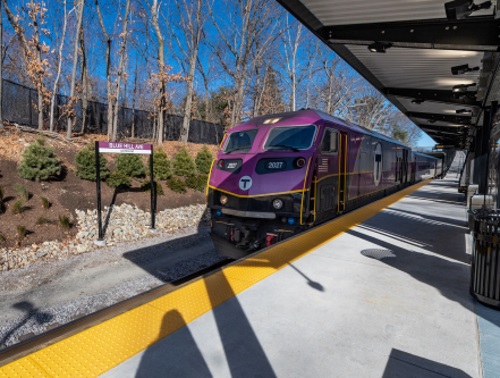 The American Association of State Highway and Transportation Officials recently released its “Survey of State Funding for Public Transportation” Final Report 2021,” which provides a snapshot of state-by-state investment in public transportation from federal, state, and local funding sources.

[Above photo by the Massachusetts Bay Transportation Authority.]

Based on fiscal year 2019 data, the report includes numerous tables and charts to provide readers with greater understanding of how states use different funding and tax mechanisms to support transit operations and capital projects.

The report also reflects the “leadership and commitment” of state departments of transportation to the financing and administration of transit programs in partnership with the Federal Transit Administration.

Key findings from this report include:

This report – available as a PDF download – is available via the AASHTO Store or by clicking here.