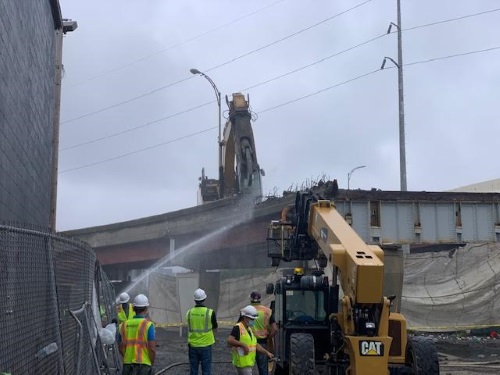 Legislation recently proposed by Sen. Tom Carper, D-Del., chairman of the Senate Committee on Environment and Public Works would seek to “reconnect and revitalize” areas harmed by the construction of the Interstate Highway System over the past six decades.

Dubbed the “Reconnecting Communities Act,” Sen. Carper’s bill would establish a grant program within the U.S. Department of Transportation to help communities “identify and remove or retrofit highway infrastructure that creates obstacles to mobility and opportunity.”

It builds off a “Community Connectivity” pilot program originally proposed two years ago by Sen. Chris Van Hollen, D-Md. – a program subsequently passed unanimously by the EPW committee as part of the America’s Transportation Infrastructure Act of 2019.

In a statement, Sen. Carper said the Reconnecting Communities Act “would empower communities to reverse this unfortunate legacy by building spaces over and around our highways, revitalizing nearby areas as a result.”

“The development of the Interstate Highway System connected our country in ways it hadn’t been previously, but it also upended neighborhoods and left communities divided, many times over economic and racial lines. In many communities of color, nearby highways continue to represent real barriers for getting around and getting ahead,” Sen. Carper pointed out.

“In cities across the country, communities of color have disproportionately seen their homes and businesses demolished for the construction of highways that in turn separate them from their neighbors and from economic opportunity. This is just one example of how government has disrupted and divided communities through the placement of infrastructure projects,” added. Sen. Padilla.

“As we work to rebuild our economy and our infrastructure, we must do so equitably,” he said. “The Reconnecting Communities Act will play an important role in making sure that we don’t return to the status quo, but that we repair the harm and injustice these communities have faced.”