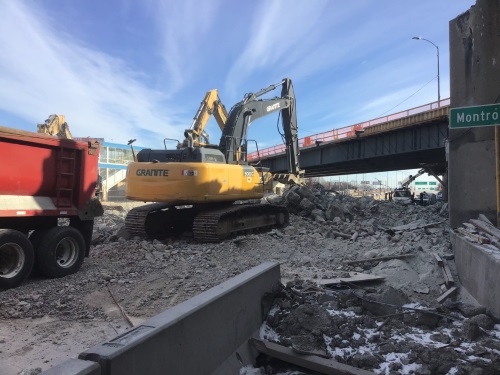 The Illinois Department of Transportation recently issued $250 million in grants to municipal, township, and county infrastructure projects– part of the fourth round of funding from the Rebuild Illinois capital program. Concurrently, the Illinois DOT is making $94 million worth of grant funding available to public airports statewide via the Rebuild Illinois program as well.

Omer Osman, acting secretary for the Illinois DOT, added that Illinois is investing a total of $1.5 billion spread out in six installments over three years to advance municipal, township and county transportation projects across the state.

“At Illinois DOT, there is no such thing as a federal road, a state road, a county road or a township road,” Osman said. “They are all Illinois roads that the public depends on each day.”

He added that Rebuild Illinois grant funding is in addition to the regular contributions through the state’s motor fuel tax formula, which have increased and already account for $706.5 million to local governments in this fiscal year alone.

Meanwhile, as part of its current FY 2021-26 Proposed Highway Improvement Program, the Illinois DOT is investing a total of $21.3 billion to improve roads and bridges, with $4.7 billion of that funding earmarked for the local transportation system.

Where public airports are concerned, the recently outlay of $94 million in grant funding aims to support the planning, construction, reconstruction, extension, development, and other airport improvement efforts.

“Illinois remains a hub for commerce and transit – not just for this nation, but for the entire global economy,” the governor noted in a separate statement.

“We are the fifth largest economy in the United States, and the crossroads for national and international companies who need our airports and roads and rail and rivers and people to move their products,” he said.

“With this $94 million … airports across the state will have the opportunity to make needed updates, improvements and extensions to facilities while providing job opportunities for the surrounding communities,” the governor added.

To be eligible for that grant money, airports must be for public use and included in the Illinois Aviation System Plan. Applications are due June 14, with a maximum of $25 million for individual awards.

The Illinois aviation system – made up of more than 830 individual landing facilities, from O’Hare International Airport to municipal airports and private grass strips – contributes more than $55 billion annually to the state’s economy.

A total of $150 million of Rebuild Illinois money is set aside for the state’s airports, with $6 million already committed to an air traffic control tower at Lewis University Airport in Romeoville, IL; owned and operated by the Joliet Regional Port District.