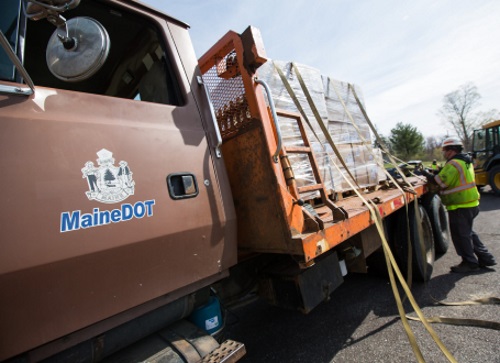 The proposal would dedicate $100 million to maintain and upgrade Maine’s transportation system through the Maine Department of Transportation, while setting aside $40 million over four years to conserve lands and waters for Maine people through the Land for Maine’s Future or LMF program.

“I look forward to working with the legislature on this proposal, which also continues my commitment to fixing our transportation system and complements our efforts to build an era of success, recovery, health, and opportunity for Maine,” the governor said in a statement.

She added that this bond proposal is scaled-back from the preview offered during her “State of the Budget” address earlier this year, with many of the investments she originally posed – such as funding for innovation in Maine’s heritage industries – now being made through newly-available Federal funds via the Maine Jobs & Recovery Plan.

The $100 million transportation bond also represents a critical part of the capital funding for Maine DOT’s three-year work plan, unveiled in late January. The proposed bond builds on the Governor’s commitment of $50 million to Maine’s transportation system via the Maine Jobs & Recovery Plan.

The bond and matching Federal funds, depending on funding sources and costs, should support capital projects statewide in calendar year 2022, including:

“Because this bond will be used to match Federal and other funds, the impact of any reduction of bond funding is amplified,” he said. “We are fortunate that lawmakers and voters have shown strong support for transportation bonds. We hope that remarkable level of support continues.”