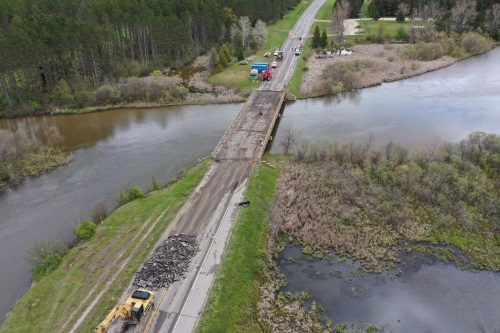 The U.S. General Accounting Office recently issued a “Disaster Resilience Framework” to serve as analytical guide for federal actions aimed at promoting resilience to natural disasters and changes in the climate across many policy areas, including transportation.

According to a GAO highlights document, that framework centers on three guiding principles—information, integration, and incentives. It also includes series of questions that can help identify opportunities to enhance federal efforts to promote disaster resilience.

The GAO added that, where transportation is concerned, the Federal Highway Administration is taking steps to encourage states to enhance the climate resilience of federally funded roads by developing agency policy, providing technical assistance to states, and supporting climate resilience research funding, among other actions.

Concurrently, GAO noted that the U.S. Global Change Research Program issued a report in 2008 that indicate a “changing climate” threatens the performance of the U.S. transportation system across all modes, including roads.

GAO added that its “framework” is based on reports it has issued from 2014 through 2019, a review of literature, and interviews conducted with FHWA officials and knowledgeable stakeholders conducted as part of ongoing work.

GAO said it expects to issue a full report on the results of its ongoing “disaster resilience” research later this summer.