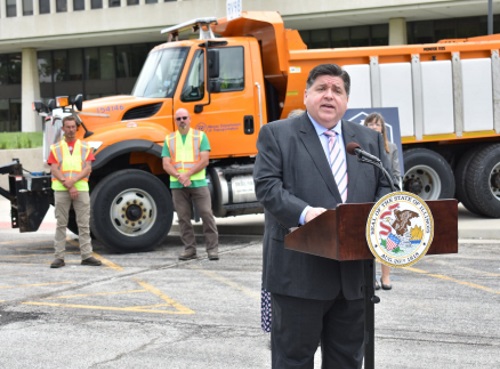 The Illinois Department of Transportation recently released a six-year $20.7 billion road and bridge investment plan that will receive its funding from the Rebuild Illinois capital program established in 2019.

“With all that’s been built over the last two years, even through a global pandemic, today we are announcing the new multi-year plan for the next six years that will reconstruct over 2,700 more miles of roads and nearly 8 million square feet of bridges,” Illinois Governor J. B. Pritzker (D) explained in a statement.

“[It] is about investing for the future – supporting this generation and the next, making sure we have good jobs and the roads to get there, and building a state where opportunity is just around the corner for everyone, no matter where you’re standing,” he added.

Based on current funding levels, the Illinois DOT’s Proposed Highway Improvement Program aims to improve 2,779 miles of roads and 7.9 million square feet of bridge deck. Of the $20.7 billion tapped for infrastructure investment over the six-year life of the plan, $3.32 billion is slated for the upcoming fiscal year.

Investments include $5.79 billion for highway reconstruction and preservation; $4.82 billion for bridge improvements; $2.59 billion for strategic expansion; $1.43 billion for system support such as engineering and land acquisition; and $1.21 billion for safety and system modernizations.

“Under the governor’s leadership, we are continuing to build and sustain infrastructure that gives Illinois its competitive edge and strengthens our status as the transportation hub of North America,” noted Omer Osman, Illinois DOT’s acting secretary.

“This latest multiyear program means we will keep making historic improvements in our transportation system, just as we have throughout the pandemic,” he said. “As people start to explore and travel Illinois again, we want passenger rail to be a viable option as well.”

Amtrak added that it operates stations in 30 communities in Illinois that served more than a million riders annually prior to the pandemic.