NCDOT on Pace to Collect Record Amount of Litter in 2021 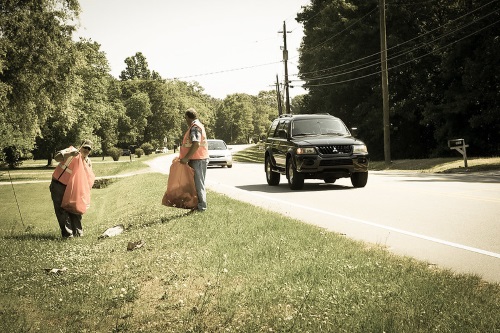 The North Carolina Department of Transportation said that as of May 19, its crews, contractors, and volunteers have collected 6.3 million pounds of litter from along the state’s roads – putting them on pace to exceed the record for litter collection set in 2019.

“We are on track to pick up more litter in 2021 than in any year previous,” noted Eric Boyette, NCDOT secretary, in a statement. “But to truly solve this problem, North Carolina must begin dealing with litter proactively. Secure your load, don’t throw trash out the window and do your part to make sure others know this too.”

He added that NCDOT’s litter management programs are “multifaceted” as the department makes use of both state-owned resources and contract services. NCDOT’s Sponsor-A-Highway Program allows businesses, organizations and individuals to sponsor litter removal along roadsides.

The agency also partners with more than 120,000 participants in the Adopt-A-Highway Program​, where volunteers pledge to clean a section of our highways at least four times a year.

State departments of transportation across the country are ramping up similar anti-litter outreach and cleanup efforts.

“Litter is one of the biggest sources of complaints for RIDOT and has us spending hundreds of thousands of dollars a year in a seemingly never-ending battle of picking up trash along our roads,” explained Peter Alviti, Jr., the agency’s director, in a statement.

“We’re upping our game and enlisting the help of the business and volunteer community to help us address this blight on our roads,” he noted.

RIDOT, which said it spends $800,000 annually to pick up trash on state roads, noted that the goal of this campaign is to remove 1 million pieces of litter. The agency is also seeking to buy specialized litter removal equipment that attaches to its maintenance vehicles for some $750,000 so it can rake and clean litter from strips of land and other larger green spaces along roads more easily.