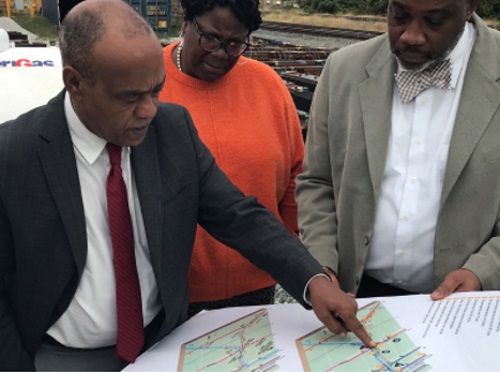 The Illinois Department of Transportation is in the process of adding new signs along key interstate corridors to help guide motorists to charging stations for electric vehicles.

The signs are part of a national effort to promote alternative fuels to spark economic activity in Illinois communities and follow the commitment of Governor JB Pritzker (D) to place 750,000 electric vehicles on the road by 2030.

“My administration is committed to making Illinois a leader in a clean energy and economic opportunity, and I’m proud to take another step toward fulfilling that mission,” said the governor in a statement. “These new signs will allow electric vehicle owners to easily determine the location of the closest charging station, furthering the state’s mission to reduce air pollutants by expanding the use of low-emission vehicles.”

The agency added that it plans to install additional signs in conjunction with its “blue sign program” on exit ramps, providing directional information to charging stations as well as nearby gas stations, restaurants, hotels, and tourist attractions, noted Omer Osman, recently confirmed as Illinois DOT secretary.

“These signs will not only make longer trips easier and more convenient, but also give a boost to the many towns and businesses along our interstates,” he said.