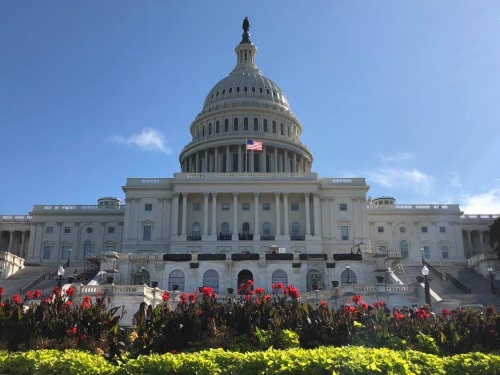 After working through more than 200 proposed amendments to a proposed five-year, $548 billion surface transportation reauthorization bill dubbed the INVEST in America Act, the House Transportation and Infrastructure Committee passed the measure 38-26, with only two Republicans votes in support.

House leaders quickly announced the bill will be considered by the full House during the week of June 28.

The INVEST in America Act provides limited funding growth for existing core formula programs in the Federal-aid Highway Program compared to new highway programs or other modes, with 82.5 percent to 86.5 percent of highway dollars from the Highway Trust Fund provided to states via formula compared to 92 percent currently in the FAST Act.

The contentious 17-hour markup that started June 9 and ended in the early hours of June 10 also included approval of H.R. 1915 entitled the “Water Quality Protection and Job Creation Act of 2021.”

Rep. Peter DeFazio, D-Ore., chair of the House T&I committee, praised the committee “for their hard work helping craft these two bills to deliver what Americans expect and deserve: safe roads and bridges, reliable transit options and a robust passenger rail network, wastewater systems that aren’t on the brink of failure, and a commitment to address the existential threat of climate change.”

Rep. Sam Graves, R-Mo., ranking member of House T&I committee, in his opening comments decried a lack of bipartisanship in drafting the INVEST in America Act.

“Instead of working with us to find a compromise on provisions to address the Majority’s climate priorities, this bill moved further away from last year’s bill – now $1 out of every $2 in this bill is tied up in meeting the Green New Deal agenda” Graves said. “The Senate EPW Committee was able to successfully find common ground that resulted in unanimous approval, including from Committee Members on both ends of the political spectrum such as Bernie Sanders and Jim Inhofe. But the House Majority is doubling down on last year’s failed process.”

The final bill also includes more than $5.6 billion for “member designated projects.” According to the House T&I Committee, 2,383 earmark requests were submitted with the committee ultimately accepting  1,473 projects from both Democrats and Republicans. Meanwhile, the Senate Commerce Committee announced that it would mark up rail and safety reauthorization bills on June 16. The Senate Committee on Environment and Public Works last month unanimously approved a $305 billion highway title of a surface transportation bill.