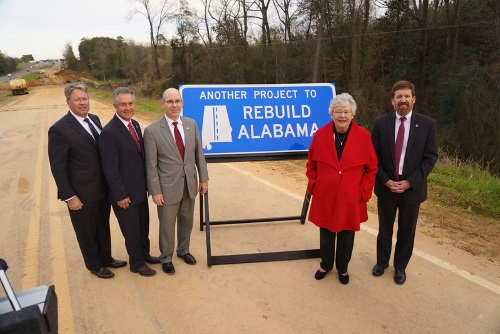 The Alabama Department of Transportation is providing $3.11 million to cities and counties statewide to fund various local road and bridge projects.

[Above photo via the Alabama Governor’s Office]

Those funds come through the state’s Annual Grant Program, created by the 2019 Rebuild Alabama Act, which requires the Alabama DOT to set aside $10 million annually off the top of the state’s share of new gas tax revenue for local projects.

“Improving Alabama’s infrastructure remains a top priority of the Ivey Administration, and thanks to Rebuild Alabama, we are continually able to put these funds to good use,” noted Governor Kay Ivey (R) in a statement. “More and more communities and cities across our state are seeing new road and bridge projects in their areas. When we invest in our roads and bridges, we are investing in our people and our future.”

This is the second round of projects awarded in 2021 via the department’s Annual Grant Program. In March, the Alabama DOT issued $4.93 million to support 21 local projects in 17 cities and counties. The agency added that it expects to issue a third round of funding via this program later in 2021.

That tranche of funding – made available through the Alabama Transportation Rehabilitation and Improvement Program-II or ATRIP-II – also comes from the Rebuild Alabama Act and sets aside a minimum of $30 million off the top of the agency’s share of new motor fuel tax revenue for projects of local interest on the state highway system.