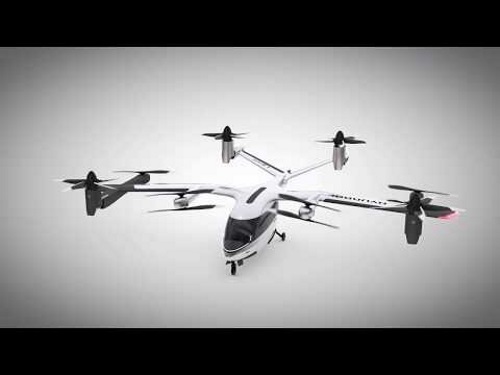 [Above graphic of air taxi eVTOL concept aircraft by Hyundai]

“Advanced Air Mobility services show great promise to provide localized aviation services that are broadly accessible, equitable, sustainable, and serve all Minnesotans,” she explained. “We look forward to working with NASA and a broad range of local experts to help Minnesota plan for these new technologies.”

Minnesota is one of five government entities – including two other state departments of transportation – chosen to participate in aviation planning workshops with NASA.

In a recent blog post, Peng Wei – an assistant aerospace and mechanical engineering professor with GWU – explained that his team’s research aims to minimize the “layered risks” for autonomous aircraft.

Those risks include adverse weather conditions such as wind – which is what Wei’s laboratory research will focus on – affect an electric aircraft’s ability to fly and land safely.

Additional risks include electric propulsion component faults or degradations as well as threats from other non-cooperative aircraft due to GPS spoofing or software hijacking while in flight.