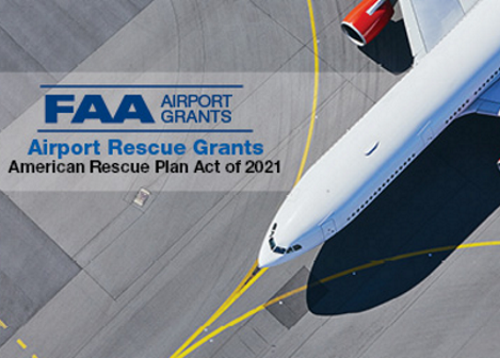 [Above graphic via the FAA]

The funding for the grants comes from the $1.9 trillion American Rescue Plan Act of 2021 President Biden signed into law in March.

Called the Airport Rescue Grants program, primary commercial service airports will share approximately $6.5 billion based on the number of annual aircraft boardings occurring at their facilities.

Non-primary commercial service and general aviation airports will share $100 million based on their airport categories, FAA said, such as national, regional, local, and basic.

Finally, the remaining funds of the $8 billion will go toward covering an airport’s cost-share portion on grants through the FAA’s Airport Improvement Program as well as the supplemental discretionary grants – meaning airports will likely not have to pay their portion of a given project.

“The FAA is committed to working with the aviation industry as it recovers from the impacts of the pandemic,” said Steve Dickson, FAA administrator, in a statement. “These airport rescue grants provide needed support to our nation’s airports as we recover from the pandemic’s impacts.”