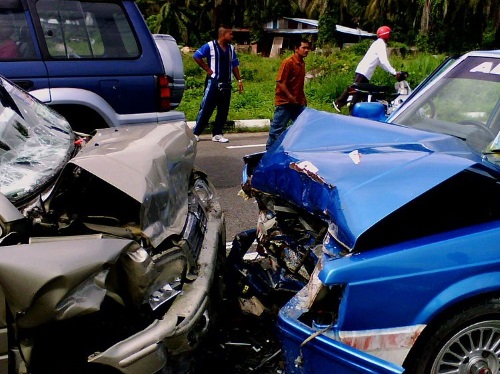 Traffic crash fatalities disproportionately affect Black, Indigenous, and People of Color (BIPOC), according to a new report by the Governors Highway Safety Association.

The group’s study, entitled “An Analysis of Traffic Fatalities by Race and Ethnicity,” analyzed data for the five-year period from 2015-2019 and is the first national analysis of the topic racial equity in traffic safety in more than a decade.

The GHSA analysis reports that:

“Our nation’s historic inequalities have contributed to an unacceptable imbalance in traffic safety,” said Jonathan Adkins, GHSA’s executive director, in a statement.

“GHSA is focused on promoting racial justice and finding solutions that advance just results in the country’s behavioral highway safety programs,” he added. “This problem didn’t happen overnight, and it won’t be fixed overnight – but we have to begin taking meaningful steps forward every day to make our roads safe for all people and communities.”

The group’s report also identifies actions state highway safety offices or SHSOs and communities can take to advance just and equitable outcomes in traffic safety. SHSOs are responsible for addressing speeding, impaired driving and other behavioral safety issues that contribute to traffic crashes, while working with their engineering counterparts to address the role of infrastructure in crashes

Some of those suggestions include:

This initiative is part of a broader GHSA focus on equity and builds on the association’s September 2020 news release that outlined steps GHSA, the SHSOs and their partners can take to promote equitable traffic enforcement and more broadly address highway safety needs.

GHSA is also conducting a separate assessment of state approaches to racial equity to identify and promote best practices and solutions.

The American Association of State Highway and Transportation Officials is also taking a new and comprehensive approach to improving diversity, equity, and inclusion efforts among the state department of transportation community.

For example, in November 2020, AASHTO’s board of directors unanimously passed a resolution pledging to address issues related to race, equity, diversity, and inclusion. The organization also agreed to address those efforts within the transportation industry with “humility, introspection, and respect, being mindful of the importance of listening to and learning” from those most adversely affected by past decisions.

Meanwhile two state DOT CEOs highlighted the ways state DOTs are incorporating equity into their infrastructure programs during hearing held by the Transportation and Infrastructure Subcommittee of the Senate’s Committee on Environment and Public Works on May 2020.

Where Caltrans is concerned, such steps include: