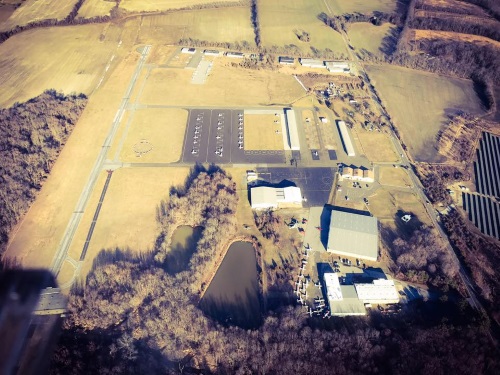 The New Jersey Department of Transportation recently awarded a total of $6.1 million in Airport Improvement Program or AIP grants to support 13 airport projects in 10 counties statewide.

[Above photo by the South Jersey Regional Airport]

“These grants ensure our public-use airports continue to operate safely and are maintained in state of good repair,” she added.

The agency noted that it awarded its AIP grants through a competitive process, with an emphasis on projects designed to enhance safety, remove obstructions, rehabilitate existing facilities and equipment, and make capital improvements.

The New Jersey DOT funds those grants through the state’s Transportation Trust Fund and Airport Safety Fund, with the state providing 90 percent of the eligible cost and the remaining 10 percent covered by the airport owner.

Since 2017, New Jersey has invested more than $16.2 million in its general aviation airports, leveraging an additional $38.2 million in federal grants and $3.5 million from airport owners for a total of $57.9 million to support New Jersey’s General Aviation Airports and aeronautics infrastructure.

Airports play a critical role in state economic activity, according to reports compiled by several state departments of transportation across the country.