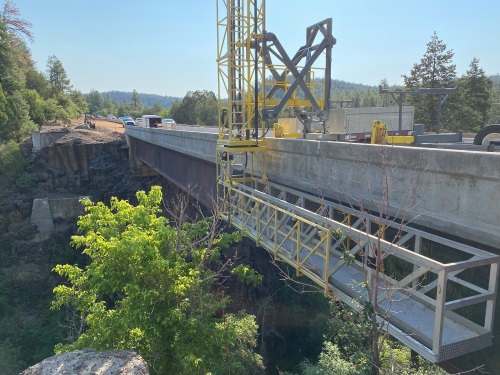 The Arizona Department of Transportation plans to expand and improve four corridors for passenger and freight traffic via a five-year construction program recently approved by the State Transportation Board following a three-month review.

The 2022-2026 Five-Year Program, which also includes more than $1 billion in pavement preservation projects, will fund several projects to widen highways and improve safety that include:

The widening projects on I-17 and I-10 are advancing through the Arizona DOT’s partnership with the Maricopa Association of Governments, which committed funds for those improvements.

“The improvements to these Key Commerce Corridors represent two of the most critical transportation priorities in Arizona,” noted John Halikowski, Arizona DOT’s director, in a statement.

“The additional lanes are important to improve safety and efficiency while the state continues to attract jobs, businesses and economic growth,” he said.

“At the same time, [we are] investing most rural highway funding to preserve existing roads and bridges to keep them in good condition for the movement of people and freight,” Halikowski added.

He also noted that this five-year construction program allows Arizona DOT to reach its goal of allocating $320 million per year for rehabilitation of bridges and roadways throughout the state highway system.

It also includes $407 million over five years for projects that improve highway safety, efficiency and functionality, such as smart technology or addition of shoulders.