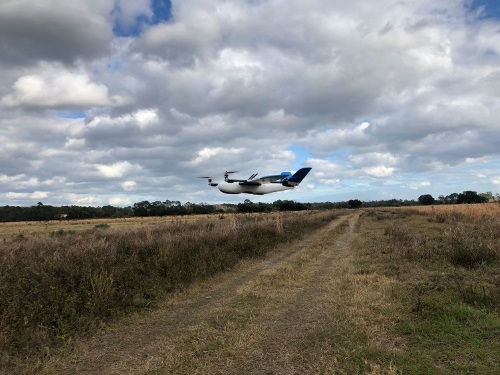 The Federal Aviation Administration and Skyward, a Verizon-owned company, recently signed a three-year memorandum of agreement or MOA to test cellular-connected drones.

[Above photo by Skyward]

Officially entitled “Unmanned Aircraft Systems (UAS)—Cellular Technologies to Support UAS Activities,” the MOA allows the FAA and Skyward to mutually research the capabilities of cellular communication networks for command and control (C2) of drones within the National Airspace System.

[Editor’s note: On April 21, the FAA put two new final rules governing drone operations into effect: one requiring remote identification of drones, while the other allows operators of small drones to fly over people and at night under certain conditions.]

Partially focused on safety-critical C2 data, FAA and Skyward said the testing would help craft standards for drone operations, including BVLOS. Skyward and Verizon will also be using the data and information collected in the course of the MOA to inform its discussions on C2 and BVLOS operations in the FAA’s BVLOS Advisory and Rulemaking Committee.

“We are thrilled to be laying this foundation with the FAA and are confident that our efforts will help inform technical standards from which industry regulations authorizing low-risk BVLOS and one-to-many operations will flow,” he said.

Fanelli added that Verizon’s 4G LTE nationwide coverage — provided via a wireless spectrum that is protected from interference – presents an “enormous opportunity” for drone operations and that Skyward’s MOA with the FAA will help “inform regulations” regarding spectrum used in the C2 link between the drone operator and drone.

The MOA will also facilitate information sharing between the FAA and Skyward, leveraging Verizon’s wireless network expertise, as the parties continue to explore how wireless networks can support drone operations.

The agreement is partially an outgrowth of an emergency waiver granted to Skyward so it could use cellular-controlled drones to inspect critical communications infrastructure near the Big Hollow wildfire in Washington in September 2020 – one of the first fully remote BVLOS drone operations with no pilot or visual observer on site.

State departments of transportation are also heavily involved in a variety of drone testing efforts.

For example, three state DOTs are assisting the U.S. Department of Transportation with a drone research initiative launched in November 2020 dubbed the BEYOND program that builds upon the agency’s three-year long Unmanned Aircraft Systems Integration Pilot Program (UAS IPP) that wrapped up in October 2020.

One of the participants in that effort – the North Carolina Department of Transportation – is also starting to use remote-controlled drones to inspect bridges.

In February, the North Carolina DOT used a remote-controlled drone to inspect the 10 largest columns of the Marc Basnight Bridge over Oregon Inlet, looking for any potential defects that would require further action.

The agency noted in a statement that using drones to conduct bridge inspections speeds up the process saves money, and reduces the need for lane closures.