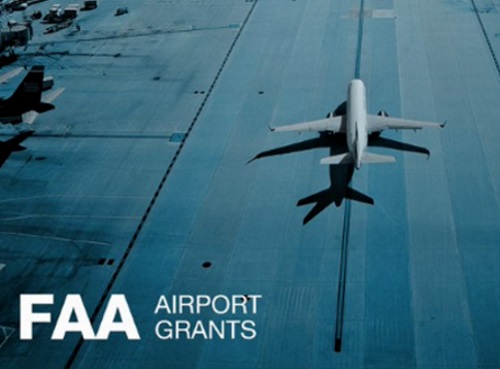 The Federal Aviation Administration is awarding more than $845 million in fiscal year 2021 Airport Improvement Program grants to support projects at 388 airports in 49 states plus the District of Columbia.

[Above graphic via the FAA]

The agency said in a statement that those grants are to help fund projects that seek to “mitigate environmental impacts, increase accessibility, and expand capacity at airports” across the United States.

The FAA added that those projects would not have to pay the usual local match due to nearly $100 million issued by agency on June 25 as part of an overall package of $8 billion in American Rescue Plan Act funding.
Several state department of transportation studies – including ones from Georgia, Wyoming, and Alaska – show that airports function as significant “economic engines” as well as key mobility hubs.

Those losses are in addition to the $23 billion U.S. airports are expected to lose between March 2020 and March 2021, the group added.

A recent report from the Bureau of Transportation Statistics further illustrates not only the impact of COVID-19 on U.S. aviation but other sectors of the nation’s transportation industry as well.

BTS said the steep decline in air travel has led to persistent job loss in air transportation; in April 2021, the industry remains down 74,000 employees or 15 percent of its overall workforce compared to pre-pandemic April 2019.

To help those sectors more effectively tap federal relief funds, BTS recently issued a guide detailing the fiscal support available via the COVID-19 aid packages passed by Congress – in March 2020, December 2020, and March 2021. That guide also links other resources from FAA, the Federal Transit Administration, and the U.S. Department of Treasury, BTS added.