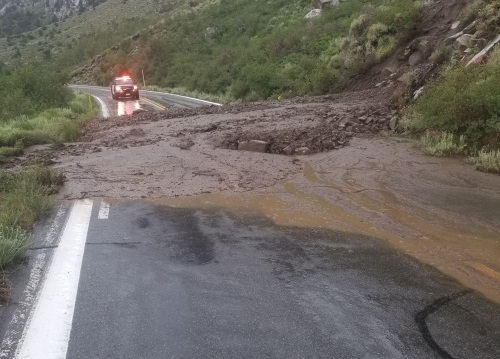 Transportation consulting firm StreetLight Data recently released a comprehensive analysis of U.S. states and communities most at risk during an evacuation.

Building on earlier research, which focused on the top 100 at-risk communities, the new report includes an analysis of more than 670 communities across the country – research intended to help prioritize the towns in each state have the most heightened need for bolstered evacuation preparedness.

StreetLight – which uses a “mathematical algorithm” that identifies town boundaries with too many people relative to the number of roads leading out of town – said its analysis found that California and Florida are the two states with the largest number of remote communities at risk during emergency evacuations.

To help identify the communities most affected by constrained evacuation routes, StreetLight analyzed the 30,000 towns in the continental U.S. with populations under 40,000, drawing on the company’s vast repository of hyper-local transportation metrics. It then “scored” those communities using a ratio of the number of roadway “exits” available in each town and the average “load” on the most-used exit, weighted by town population.

From those findings, StreetLight identified a subset of 675 U.S. communities that scored at least three times the average of all towns analyzed. The states with the highest number of “at risk” communities based on its analysis are:

Additional takeaways of the analysis revealed that:

“As we head into peak season for wildfires and hurricanes, there is no better time to review emergency evacuation risk with the scale and granularity enabled by Big Data analytics,” said Paul Friedman, StreetLight’s chief technology officer and author of the study.

“Sharing information about transportation infrastructure and emergency route options is an important part of disaster preparedness,” he added.

“Our goal in sharing this data is to support those working in this complex field, especially as they look for ways to make our communities safer,” Friedman said.

Many state departments of transportation are working to reduce the risks natural disasters pose to their communities.

For example, the Georgia Department of Transportation’s state maintenance office is tapping into five years’ worth of “lessons learned” to help fine-tune its storm response capabilities ahead of the 2021 Atlantic Hurricane Season – which lasts from June 1 through November 30.

Even relatively “minor” hurricanes can cause significant damage, especially to transportation systems, as the impact of Hurricane Sally – which struck the Alabama and Florida border in September 2020 – demonstrated.

“This effort has allowed us to continue to build up resources and develop more effective weather and emergency response plans to ensure that we are able to clear roads and restore mobility to Georgians as efficiently and safely as possible,” he said.

Other state DOTs from Texas to New Jersey have also put in place preparations for worst-case scenarios to help citizens get out of town if a hurricane ends up heading their way during the 2021 storm season.