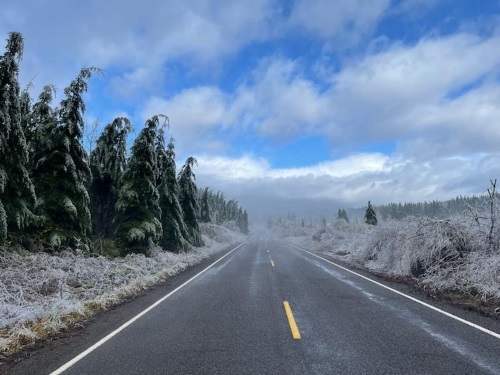 The COVID-19 pandemic and its associated restrictions – such as stay-at-home orders – led to a “drastic drop” in U.S. road travel and a sharp increase in the number of people stayed at home in the spring of 2020, according to new research from the AAA Foundation for Traffic Safety.

[Above photo by the Oregon Department of Transportation]

The group’s 2020 American Driving Survey found the average number of all daily personal car trips plunged 45 percent in April 2020 and 40 percent for trips by all modes of transportation combined.

Though that dip in travel moderated later in 2020, it remained well below 2019 travel levels, the Foundation said.

That report also found that daily trips for all modes of transportation fell from an average of 3.7 trips per day in 2019 to 2.2 trips in April 2020, before slightly recovering.

After abruptly decreasing in April 2020, daily trips by U.S. residents rebounded somewhat in May and June and then remained at approximately 20 to 25 percent below 2019 levels during the second half of 2020.

“The COVID-19 pandemic has had a profound impact on our commute habits and patterns in the United States,” noted Dr. David Yang, executive director of the AAA Foundation for Traffic Safety, in a statement.

“Findings based on our survey data provided some contextual information to understand better how this unfortunate event has affected the way we travel,” he said.

Other key findings from the Foundation’s report include:

Rural Transit: A Critical Lifeline during the COVID-19 Pandemic