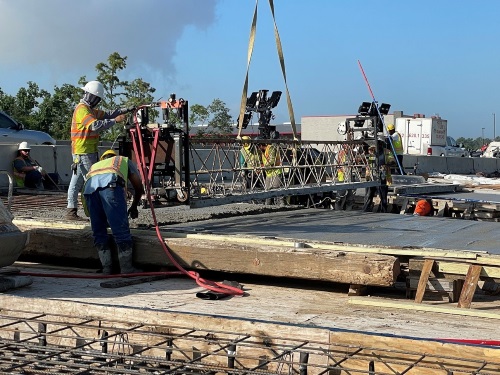 The Louisiana Department of Transportation and Development awarded a nearly $50 million contract on July 21 to Brown Industrial Construction to begin work on the first segment of the LA 3241 corridor project.

After all segments are complete, the project will ultimately consist of a four-lane highway between LA 40/LA 41 in Bush and Interstate 12, the agency said.

The LA 3241 project was originally part of the state’s Transportation Infrastructure Model for Economic Development or TIMED program that encompassed 16 projects statewide.

The TIMED program began in 1989 following voter approval of a 4-cent increase to the state’s gasoline tax. Louisiana accelerated the program later through the sale of bonds.

The LA 3241 project is the 15th TIMED project to move forward, the Louisiana DOTD said

“To finally move this long-awaited project is a momentous occasion for the people in St. Tammany Parish,” explained Governor John Bel Edwards (D) in a statement.

“I’m proud to move major projects [forward] that have been on the books for years, if not decades,” he said. “This is an example of what [Louisiana] DOTD and the state can do when the resources are available.”

“The beginning of the long-awaited LA 3241 project is not only a major milestone for the department, but most importantly for the people of Louisiana,” added Shawn Wilson, Louisiana DOTD’s secretary and vice president of the American Association of State Highway and Transportation Officials.

“This new corridor will provide much-improved access between I-12 and the northeastern ‘toe’ of Louisiana, as well as an additional hurricane evacuation route from the New Orleans and Northshore areas,” he said. “[And] as we know, infrastructure also creates jobs and sparks economic development.”