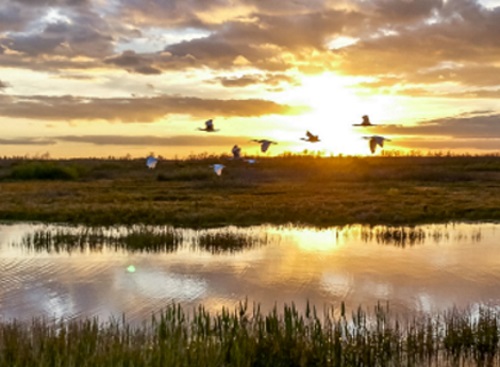 The American Association of State Highway and Transportation Officials recently sent a five-page letter providing feedback on changes proposed by the Environmental Protection Agency to Section 401 of the Clean Water Act.

[Above image via the EPA]

Specifically, the EPA seeks to “reconsider and revise” the Section 401 certification rule – which became active in September 2020 – giving states and authorized tribes the authority to “grant, deny, or waive certification” of proposed federal licenses or permits that may discharge into waters of the United States.

However, AASHTO argued in its letter that the Section 401 rule “has not been fully understood by many [state] DOTs, their state certifying agencies, and in some cases U.S. Army Corps of Engineers project managers, due in part to a lack of training on how the Rule functions in practice, as well as a lack of Federal and state coordination.”

As a result, the organization “strongly encourages” EPA and USACE Districts to work together with state certifying authorities during regulation development and implementation to prevent process issues from occurring.

“We also suggest that EPA provide training to certifying authorities and conduct regular audits to ensure that the [Section 401] rule is implemented consistently nationwide,” AASHTO said.

“With the rule in effect for almost one year, state DOTs have experienced its impact on transportation programs and project delivery,” the group said. “Over the last 10 months, it has become clear that interpretation, implementation, and enforcement of the rule varies widely across states and federal jurisdictions.”

That “inconsistency” is hindering the ability of some state DOTs to meet their primary goal of delivering and implementing transportation projects efficiently and effectively, AASHTO said. Meanwhile, the group said other state DOTs believe that the rule considers cooperative federalism “appropriately” and provides clearer guidance to state government agencies involved in the permit process.

“Through our close work with state DOTs, including but not limited to AASHTO’s Waterway Permits Working Group, we have determined that there is significant variation in both the implementation and impact of the rule,” AASHTO said in its letter. “Thus, we recommend that, if the rule is to remain, revisions include more defined parameters and requirements to ensure more consistency, predictability, and efficiency.”