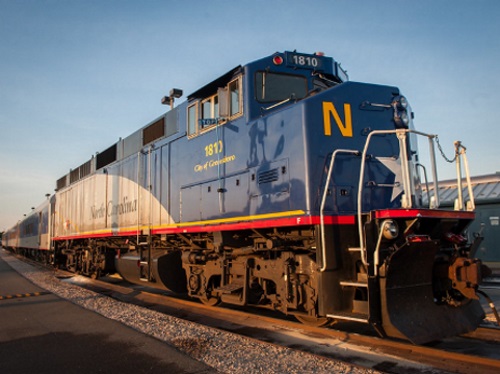 In a statement, NCDOT said those grants via its FRRCSI program – established by the state’s general assembly in 2013 – help fund a wide array of projects, from the modernization of railroad bridges and track upgrades to railroad grade crossing improvements.

State DOTs across the country help support rail infrastructure projects in a variety of ways due to the important economic and quality of life benefits railroads provide.

For example, Shannon Valentine, secretary of transportation for Virginia, explained during a hearing of the House of Representatives Committee on Transportation and Infrastructure Subcommittee on Railroads, Pipelines, and Hazardous Materials in March that railroads play a critical role within a “multimodal approach for creating an economy that works for all people.”

She noted in her written testimony that expanding and improving passenger, commuter, and freight rail service can help deliver “exponential economic impacts” on both a state and regional level.

Valentine pointed to data issued by the American Public Transportation Association that every $1 billion invested in rail creates 24,000 highly skilled jobs and every $1 invested generates $4 in wider economic benefits.

Meanwhile, NCDOT recently released its 2021-2022 North Carolina State Transportation Map – available to the public free of charge – distributed by VisitNC, a unit of the Economic Development Partnership of North Carolina.

The agency said in a statement that the cover of the new map – first published in 1916 and updated biennially – features some of North Carolina’s most scenic views, including the Blue Ridge Parkway in Maggie Valley, the Greensboro skyline and Sunset Beach.

Caltrans: Rebuilt Section of Highway 1 Could ‘Last for Centuries’