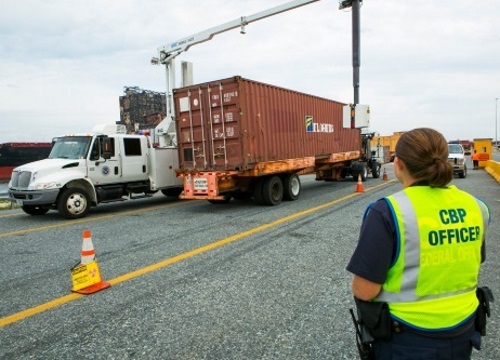 The Maryland Port Administration – a division of the Maryland Department of Transportation – received $1.6 million from the most recent round of the Federal Emergency Management Agency Port Security Grant Program.

[Above photo by the Port of Baltimore]

The MPA said that funding would go towards “solidifying cybersecurity” and access control policies and initiatives at the Helen Delich Bentley Port of Baltimore’s state-owned, public marine terminals.

Since 2005, the MPA said the Port of Baltimore’s public terminals received more than $20 million from FEMA’s Port Security Grant Program. Over that period, the port significantly enhanced its security program by upgrading access control procedures, installing physical security fixtures such as high-mast lighting and fencing, and strengthening closed-circuit television.

“As the Port of Baltimore continues to grow and expand, our administration is committed to ensuring it remains one of the most secure ports in the nation,” said Governor Larry Hogan (R) in a statement. “Cybersecurity is a growing concern in our world, and this funding will help the Port of Baltimore protect itself against significant cyber threats.”

Gregory Slater, Maryland DOT secretary, added that for 12 consecutive years, the Port of Baltimore’s public marine terminals have received a top rating on an annual security assessment conducted by the U.S. Coast Guard.

“Security is critical to the maritime industry, and the Port of Baltimore has the reputation as a safe and secure place for our workers and customers,” he said. “As the Port continues to lead the way in Maryland’s economic recovery, this grant will help us make security an even stronger focus in our day-to-day operations.”

At the federal level, the White House issued a National Maritime Cybersecurity Plan that sets forth how the federal government will defend the nation’s economy via enhanced cybersecurity coordination, policies and practices, aimed at mitigating risks to the maritime industry.

In particular, that plan identifies government priority actions to close maritime cybersecurity gaps and vulnerabilities over the next five years – especially since the Maritime Transportation System contributes to one quarter of all United States gross domestic product, or approximately $5.4 trillion.