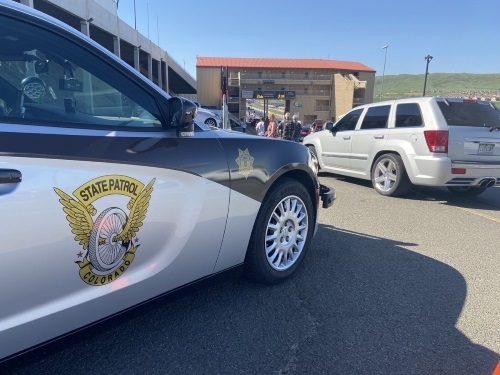 State departments of transportation from across the country are helping State Highway Safety Offices (SHSOs) and law enforcement agencies step up efforts to reduce drunk and drug-impaired driving ahead of and during the Labor Day holiday.

[Above photo by the Colorado State Patrol]

To address this persistent and growing highway safety problem, state DOTs, SHSOs, plus state and local law enforcement agencies are participating in the national “Drive Sober or Get Pulled Over” outreach and enforcement campaign.

The Governors Highway Safety Association noted that the Labor Day holiday is an especially deadly time for impaired driving, with the risks greater than normal in 2021 as traffic volumes rebound from the COVID-19 pandemic.

According to the National Highway Traffic Safety Administration, more than 10,000 people die each year in crashes involving drunk drivers, and the impacts on younger people are even more pronounced. During the 2019 Labor Day holiday, nearly half (46 percent) of the drivers aged 18 to 34 killed in motor vehicle crashes had a Blood Alcohol Content or BAC of 0.08 or higher.

While the impaired driving problem is not new, NHTSA recently released evidence pointing to increases in drunk, drugged, and multi-substance driving during the pandemic.

“Labor Day weekend is a great time to get together and celebrate the unofficial end of summer,” said Jonathan Adkins, GHSA’s executive director, in a statement.

“As we’ve done throughout the pandemic, Americans need to keep safety top of mind when behind the wheel,” he added. “Every single death and injury in an impaired driving crash is preventable. Enjoy the waning days of summer – but do it safely.”

Some of the state DOTs participating in this nationwide effort include: