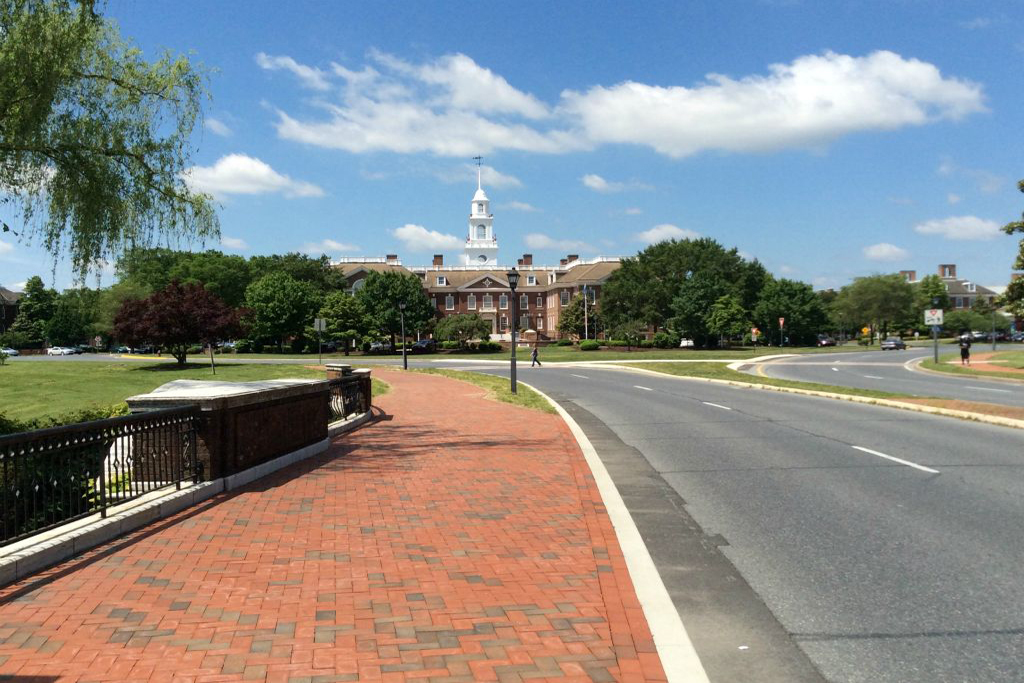 Nicole Majeski, secretary of the Delaware Department of Transportation, recently helped celebrate the completion of the Phase II-Capital City Trail; a new multi-use path along Route 10 designed for pedestrians and bicyclists.

[Above photo by Delaware Greenways]

“With each completed phase of work on the Capital City Trail we move closer to completing what will ultimately be a nearly 15-mile trail around the city of Dover,” said Majeski in a statement. “Building this interconnectivity gives our residents a safe and convenient alternative to using a vehicle to get around the city and surrounding areas and we are excited for the benefits this will provide to users of all ages.”

The agency noted that the entire length of the Capital City Trail is approximately 14.5 miles and that the remaining section of the trail from South State Street to US 13 should be finished in conjunction with the Camden Bypass Project in 2025.

The Delaware DOT has received several America’s Transportation Awards for its multi-use trail projects. Examples include the $26 million Jack A. Markell Trail project that connects downtown Wilmington with the City of New Castle and the local Amtrak station and Phase II of the Lewes-to-Georgetown Trail.