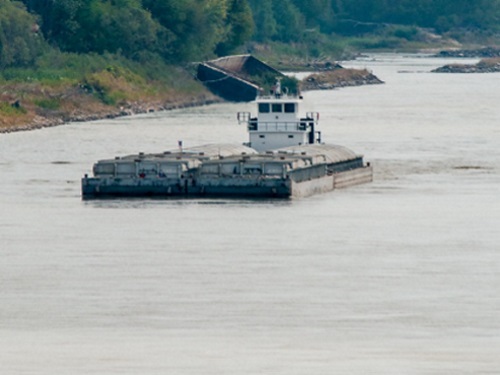 Since its inception in 2007, the AMHP has awarded over $40 million worth of grants and “designated” 46 Marine Highway Projects; with such “designations” making said projects eligible for grant awards. The most recent grant offering made by MARAD in late May encompassed $11 million for “strategic investments” for port and landside infrastructure that expand the use of the nation’s navigable waters.

“These new project designations will improve the movement of freight by water all around the nation, including along our coasts, on our inland waterways, and to Guam and the Northern Mariana Islands,” said Lucinda Lessley, MARAD’s acting administrator, in a statement.

“Making better use of our inland waterways can boost America’s maritime industry and create jobs while cutting emissions and traffic congestion,” she added.

The Missouri Department of Transportation received one of those six Marine Highway Project designations from MARAD, which is being used to initiate a container-on-barge service developed in partnership with AGRIServices of Brunswick – a firm the agency said is the largest multimodal transportation provider on the Missouri River.

“Container on barge has the potential to be transformational for cost effective and efficient movement of freight, broadening the commodities that can be shipped,” said Tom Waters, chairman of the Missouri Highways and Transportation Commission, in a statement.

“We are proud of the collaborative public-private partnership to successfully receive this designation,” he added. “The more freight we can shift to the uncongested rivers, the more capacity we open on the interstates and rail lines in the state.”