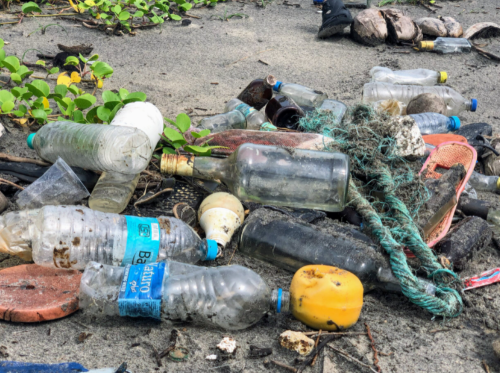 Tennessee Department of Transportation launched the next phase of the “Nobody Trashes Tennessee” litter prevention campaign on August 24 in an effort to keep Tennessee’s 96,167 miles of public roads free of trash.

[Above photo by Keep Tennessee Beautiful]

The agency noted that, despite COVID-19 restrictions in 2020, Tennessee DOT crews, contractors, and community partners removed 21 million pounds of litter from roadways and cleaned up 4,023 illegal roadside dumps.

“The Nobody Trashes Tennessee campaign educates Tennesseans on the scope of the problem and provides resources and opportunities for residents to take both personal and community actions to help prevent and reduce litter,” said Clay Bright, Tennessee DOT’s commissioner, in a statement.

Bright – whose agency spends $19 million annually on litter pickup and prevention education; funds provided by a state tax on soft drinks and malt beverages – added that the next phase of Tennessee’s anti-litter campaign includes expanded statewide public education initiatives and additional resources and support for its 95 county partners.

State departments of transportation across the country are engaged in similar anti-litter outreach and cleanup efforts.

For example, the North Carolina Department of Transportation said that as of mid-August its crews, contractors, and volunteers have collected more than 9 million pounds of roadside litter so far in 2021 and are on pace to exceed the state’s record for litter collection – 10.5 million pounds – set in 2019.

“In North Carolina, we take great pride in our natural resources, but we all have to be vigilant to keep our state beautiful,” said NCDOT Secretary Eric Boyette in a statement. “We may break a record for the amount of litter we pick up along roadsides this year, but we must keep that momentum going. Everyone should do their part to help us keep North Carolina roads clean.”

As Ohio DOT’s numbers show, the cost of litter removal from state roadways does not come cheap.

That study found Pennsylvania’s cities collectively spend more than $68 million annually on cleanup, education, enforcement, and prevention efforts related to litter and illegal dumping, the study found, with PennDOT spending upwards of $13 million per year on staff and resources to pick up litter along state-owned roadways.