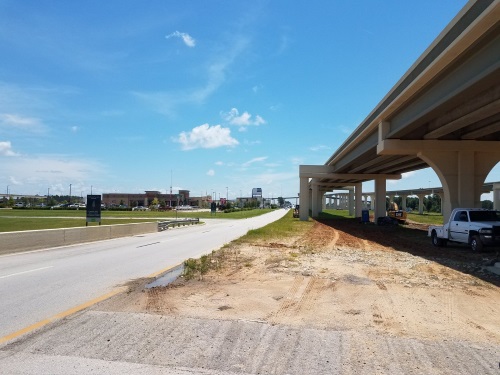 [Above photo by GPI]

The Grand Parkway project – begun in the 1960s – encompasses a 184-mile outer ring tollway in the Greater Houston area.

The project’s sponsor is the Texas Department of Transportation, which initiated the TIFIA loan in 2015. TxDOT vested GPTC – a public non-profit surface transportation corporation – with the task of developing, financing, refinancing, designing, constructing, expanding, tolling, operating, and maintaining this tollway.

Work on the first five sections of the Grand Parkway – Segments D through G – took place between February 2014 and April 2016. The work on segments H&I of the project – started in 2018 – includes 43.6 miles of new highway construction, toll installation and configuration, plus toll equipment upgrades along the existing 8.7-mile four-lane corridor of the toll lane facility.

The USDOT noted in a statement that GPTC completed work on 80 percent the H&I section of the Grand Parkway as of May 29 and is on schedule to complete construction by April 2022.