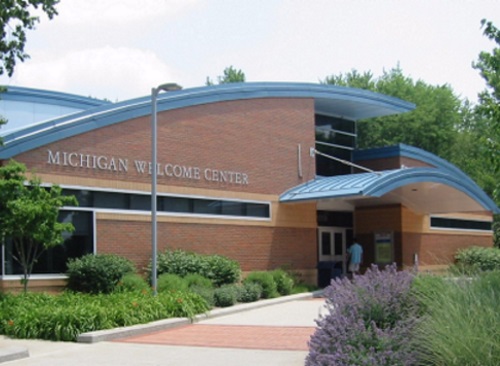 The campaign encourages parents and caregivers to engage in conversations about drug use prevention during their travels.

The posters direct people to free online resources – including a mobile application and website translatable into Spanish – featuring “talking tips” for parents geared toward youths of all ages and stages of development, conversation starters, drug trend information, and more.

This effort comes as vaping and edible marijuana consumption are increasing, according to Stephanie VanDerKooi, chief operating officer for the Lakeshore Regional Entity, which developed TalkSooner.org.

“Family road trips offer the perfect time to check in with your kids, get their perspective on drugs and alcohol, and share your values for guiding healthy choices,” VanDerKooi said in a statement. “TalkSooner provides tips to help navigate these often difficult but important conversations, and we applaud the [Michigan] DOT for supporting this opportunity to educate and inspire parents.”

As part of a statewide initiative called The Cannabis Conversation that began in 2017, the Colorado DOT continues to gather feedback from state residents regarding driving under the influence of marijuana.

In April, an annual study conducted by the AAA Foundation for Traffic Safety found that people who use both alcohol and marijuana are some of the most dangerous drivers on the road – significantly more likely to speed, text, intentionally run red lights, and drive aggressively compared to those who do not.

The AAA Foundation’s annual Traffic Safety Culture Index found that drivers who use both marijuana and alcohol were significantly more prone to driving under the influence of alcohol versus those who only drink alcohol but do not use marijuana.