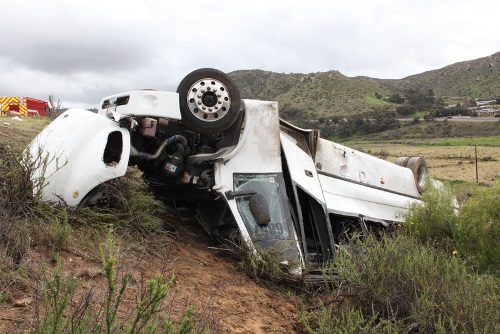 The National Highway Traffic Safety Administration estimates that 8,730 people died in motor vehicle traffic crashes during the first three months of 2021 – a 10.5 percent increase from the 7,900 fatalities the agency reported for the first quarter of 2020.

[Above photo by the NTSB]

That increase occurred even though driving declined, as preliminary data reported by the Federal Highway Administration indicates that vehicle miles traveled (VMT) in the first three months of 2021 decreased by 2.1 percent or 14.9 billion miles.

“We must address the tragic loss of life we saw on the roads in 2020 by taking a transformational and collaborative approach to safety. Everyone – including those who design, operate, build and use the road system – shares responsibility for road safety,” noted Dr. Steven Cliff, NHTSA’s acting administrator, in a statement.

“We are working closely with our safety partners to address risky driving behaviors such as speeding, impaired driving, and failing to buckle up,” he said.

According to NHTSA’s Early Estimate of Motor Vehicle Traffic Fatalities for the First Quarter of 2021, the agency suggested the increase in negative “driving patterns and behaviors” that occurred in 2020 – including speeding, failing to wear seat belts, and driving under the influence of drugs or alcohol – is continuing into 2021.

According to preliminary estimates released by the agency in June, some 38,680 people died in motor vehicle traffic crashes in 2020: the largest projected number of fatalities since 2007, the agency said.

That spike in traffic fatalities also occurred despite a drop in VMT, as preliminary FHWA data indicates VMT decreased by about 430.2 billion miles or 13.2 percent in 2020 compared to 2019.

NHTSA’s analysis also showed that the main factors behind the 2020 increase in traffic fatalities include impaired driving, speeding, and failure to wear a seat belt – noting that fatalities in speeding-related crashes and in nighttime crashes both increased 11 percent, while deaths in single-vehicle crashes, rollover crashes, and crashes during the weekend all increased by 9 percent.

State departments of transportation have taken note of the upward trajectory in motor vehicle crash fatalities despite a corresponding drop in VMT since 2020 and are taking a range of actions to reverse that trend line.

For example, the Ohio Department of Transportation noted in early January that traffic crashes involving injuries and fatalities are down in the Belmont County Distracted Driving Safety Corridor it launched with the Ohio State Highway Patrol in August 2020.

The agency said in a statement that only eight crashes involved injuries or fatalities occurred in that corridor between August and December 2020; down from 25 during the same time period in 2019.

Meanwhile, traffic volumes declined only 2 percent between August and mid-December 2020 compared to 2019, the Ohio DOT added.