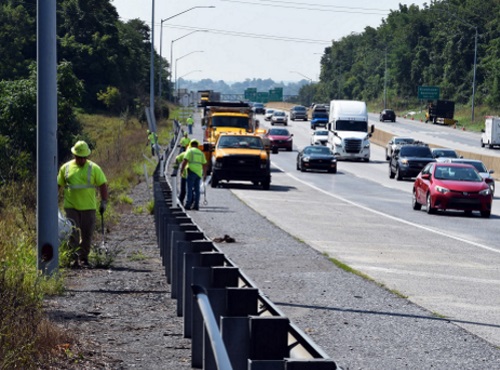 “Every dollar we have to spend on litter cleanup is a dollar we cannot invest in our system,” PennDOT Secretary Yassmin Gramian explained in a statement – noting that her agency spends roughly $14 million annually on statewide litter removal efforts.

“We are grateful for the work of our crews and volunteers, though what we really need is an end to littering,” she added.

That study – unveiled in February 2020 –  indicates that more than 502 million pieces of litter on Pennsylvania’s roads, with the most common being cigarette butts (37 percent) and plastics (30 percent), while plastic film and beverage containers are the most prevalent items – with an estimated 29.3 million beverage containers alone littering the state’s roads.

Alongside PennDOT’s litter cleanup efforts, the Pennsylvania State Police initiated Operation Clean Sweep this summer to reinforce a “zero-tolerance” mindset with litter enforcement and sharing anti-litter messages throughout the year.

That law enforcement operation complements a 2018 state law allowing the designation of Litter Enforcement Corridors, which are roadways deemed to have “a high aesthetic or historic value” worth preserving or in need some additional help with litter issues.

Approved segments will be marked with signs to notify motorists of additional litter fines – doubling them for motorists caught scattering rubbish in such corridors, then tripling them if commercial businesses are in charge of litter removal.