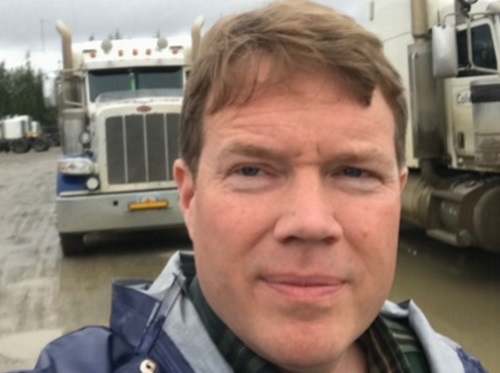 Governor Mike Dunleavy (R) has named Ryan Anderson (seen above) as the new commissioner of the Alaska Department of Transportation and Public Facilities. He replaces John MacKinnon, who retired on September 3 after a nearly three-year stint as commissioner.

“He [Anderson] is widely respected across northern Alaska for cultivating positive relationships with all impacted stakeholders while completing vital public transportation projects on time and within budget,” Gov. Dunleavy in said a statement. “I look forward to working with him, and fulfilling the department’s mission to Keep Alaska Moving through service and infrastructure.”

Anderson – a 20-year employee of the Alaska DOT&PF – most recently served as the agency’s northern region director.

In that position he oversaw the design, construction, maintenance, and operational needs of a transportation system that serves communities in a region that extends from the Gulf of Alaska to the Arctic Ocean and from the Bering Sea to the Canadian Border.

He earned a bachelor’s degree in geological engineering from the University of Alaska Fairbanks in 1997. He lives with his wife and two children in Fairbanks.