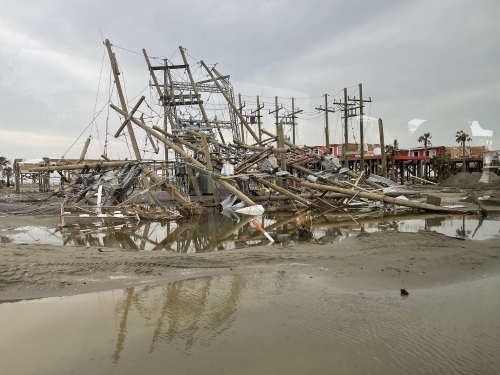 From Louisiana and Mississippi to Pennsylvania and New York, state departments of transportation remain at the forefront of recovery efforts from Hurricane Ida – a Category 4 storm that has caused an estimated $50 billion-plus in damages to date.

Louisiana took the brunt of the storm and its 150-mile per hour winds, suffering widespread infrastructural damage throughout the southeastern portion of the state along with heavy flooding in coastal areas.

The remnants of Hurricane Ida produced a destructive tornado outbreak and catastrophic flash flooding across the Northeastern United States, causing severe flooding in New York City – killing at least 13 people and prompting the shutdown of much of the city’s transportation system.

At the federal level, the U.S. Department of Transportation leveraged a variety of resources to help states affected by the storm begin the recovery process. The Federal Highway Administration made $5 million in “quick release” Emergency Relief funds available to the Louisiana Department of Transportation and Development to repair infrastructure damaged by Hurricane Ida, as significant storm-driven flooding damaged highways and bridges in more than 25 parishes statewide.

The Louisiana DOTD noted that the severe weather generated by Hurricane Ida made the Town of Grand Isle practically uninhabitable for several days and that it expects debris cleanup efforts from state roadways and right-of-ways to take “longer than expected” due to the force of the storm.

The storm’s heavy rains also caused part of a highway to collapse in Mississippi: killing two motorists and injuring at least 10 others. The Mississippi Department of Transportation noted roadway closures due to debris cleanup needs would be “constantly changing” as agency crews continue surveying all of the areas statewide affected by Hurricane Ida.

“This storm brought historic rainfall and flooding, as well as rare tornadoes, devastating many communities,” noted Pennsylvania Governor Tom Wolf (D) in a statement, noting that collective damage estimate to public infrastructure to date from Hurricane Ida in his state is currently estimated at $117 million.

Yassmin Gramian, secretary of the Pennsylvania Department of Transportation, noted in a separate statement that approximately 800 bridges statewide would need post-flood inspections.

“Where necessary, we remain in disaster relief mode and we’re ensuring our teams have what they need,” she said. “As the waters recede we will conduct post-flood road and bridge assessments and conduct bridge inspections when condition warrants.”

In New York State, over just the first initial days of assessments, state and federal experts estimated that the remnants of Hurricane Ida caused more than $50 million in damage to public infrastructure and property, while more than 1,200 residences suffered damage.

“We’ll take our teams, our engineering teams, our damage surveillance teams and figure out a game plan to use this money as soon as humanly possible to start fixing the infrastructure that has been damaged or is a vulnerability going forth,” she said in a statement.