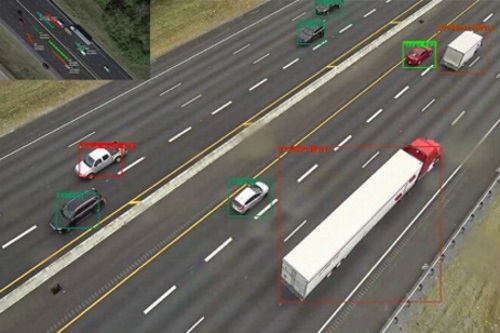 Between now and the summer of 2022 over 300 ultra-HD (4K) traffic cameras will be installed along a section of Interstate 24 in Tennessee as part of the multiphase I-24 Smart Corridor project.

[Above image via Vanderbilt University]

Undertaken by the Tennessee Department of Transportation, Vanderbilt University, the Arizona-based Southwest Research Institute, and consulting firm Gresham Smith, the cameras deployed for this project seek to capture “every minute” of behavior by all vehicles using that section of I-24.

The program aggregates that data in order to capture it “anonymously,” meaning individual vehicle identification numbers would be concealed to protect motorist privacy.

“This groundbreaking understanding of traffic is more important than ever due to the increasing automation capability of individual vehicles, which are beginning to influence traffic flow through their interactions with conventional vehicles,” explained Brad Freeze, director of Tennessee DOT’s traffic operations division, in a blog post.

[Editor’s note: The Tennessee DOT boosted its funding for this project in July 2020; matching a $2.6 million U.S. Department of Transportation grant with $2.6 million of its own funds.]

“By unlocking a new understanding of how these vehicles influence traffic, vehicle and infrastructure design can be optimized to reduce traffic concerns in the future to improve safety, air quality, and fuel efficiency,” he said.

“We want to measure how drivers and automated vehicles interact on the road, separately and together,” added Dan Work, associate professor of civil and environmental engineering at Vanderbilt.

“This research will help make the world’s roadways smarter and safer, with the initial research conducted right here in Tennessee,” he pointed out. “Beyond the thrill of participating in this never-before-attempted project, we are confident that this work will attract the attention of automakers and contribute to the region’s economy.”