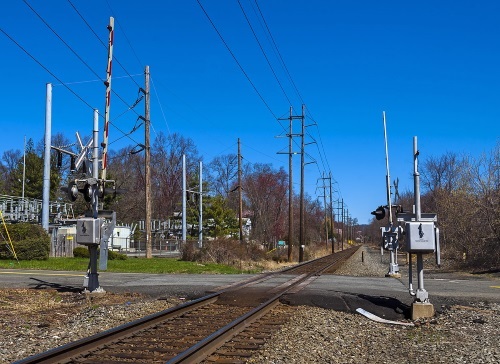 This annual weeklong event concentrates public attention on the need for rail safety education and saves lives by educating and empowering the public to make safe decisions around tracks and trains.

Every year, 2,100 North Americans die or are seriously injured due to unsafe behavior around tracks and trains. In the U.S. alone, trains hit a person or vehicle every three hours, OLI said.

Rachel Maleh, OLI’s executive director, noted in a statement that many state agencies in the U.S. – including state departments of transportation – shared a variety of rail safety messages during the weeklong event.

For example, OLI’s Maleh and Sen. Richard Blumenthal, D-Conn., joined Garrett Eucalitto, deputy commissioner with the Connecticut Department of Transportation, and others at a press event September 20 in Newington, CT, to kick off Rail Safety Week.

The North Carolina Department of Transportation put together a video highlighting the severe damage railway crossing incidents can cause.

“Sadly, those are 17 people who didn’t go home to their families,” said Jason Orthner, director of NCDOT’s Rail Division, in a statement. “Tracks are for trains, not people. These accidents are preventable if you stay off and away from the tracks.”

“Our goal during Rail Safety Week is to drive home the message that an unsafe decision made in a split second – whether it’s to go around a lowered gate at a rail crossing, or to trespass on the tracks – can have devastating consequences,” emphasized Sarah Mayes, national director of Operation Lifesaver Canada.

“We urge drivers, passengers and anyone traveling near railroad tracks and trains to use common sense and be alert,” added Iker de Luisa, director general of the Association of Mexican Railroads. “Our priority is the promotion of safe interactions between railroads and the community.”