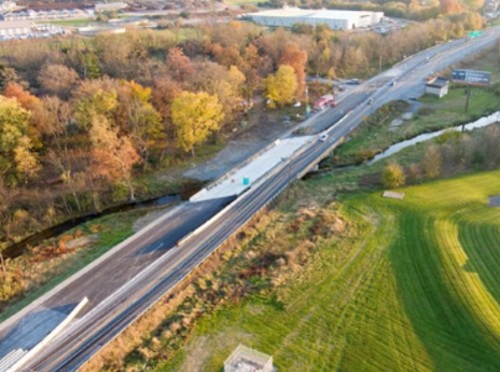 The Pennsylvania Department of Transportation – which oversees the Major Bridge P3 Initiative – said proposals from those three teams, which are comprised of consulting companies and construction contractors, are due in early 2022 with final proposal selection anticipated by spring 2022.

“Combined with potential federal and state action on transportation investments, this initiative will ensure critical projects are completed while also freeing resources for other projects,” explained PennDOT Secretary Yassmin Gramian in a statement.

“Based on our state’s past P3 projects, we expect significant opportunities for Pennsylvania companies to work on this initiative and the other projects it makes possible,” she said.

PennDOT noted that the proposals mandate that contractors prequalified to work in Pennsylvania handle all construction. Additionally, at least 65 percent of the subcontracted construction work also go to firms prequalified for work in the state.

As an example of past Pennsylvania participation in P3 projects, PennDOT said its Rapid Bridge Replacement program for replacing 558 bridges included a private partner and more than 50 Pennsylvania-based designers and contractors as primary and subcontracted partners.

Many state departments of transportation use P3s to build critical infrastructure in their respective regions.

For example, in May, the Maryland Department of Transportation unveiled three “smart ponds” built via a P3 storm water project that seeks to reduce pollutants and curb local flooding.

The agency said this “smart pond” project is the first of its kind involving a state transportation department and it involved the Maryland Department of Environment, Environmental Protection Agency, Walmart, and The Nature Conservancy.

Meanwhile, in March, the Virginia Department of Transportation and Virginia’s Office of Public-Private Partnerships recently received a 2020 ‘Public Sector Procurer of the Year’ award in recognition of its support of P3s.

“The Virginia program has developed P3s involving more than $12.6 billion of value with less than $1 billion of taxpayer funds,” explained Thomas Sherman, deputy director of the Virginia DOT’s Office of Public-Private Partnerships, in a statement at the time.

“Through these projects, VDOT has delivered significant roadway options and solutions to Virginia motorists and taxpayers through collaborative partnerships with the private sector,” he said.

The Virginia DOT noted that Virginia has used public-private partnerships since 1992 to deliver innovative solutions for transportation and funding challenges.