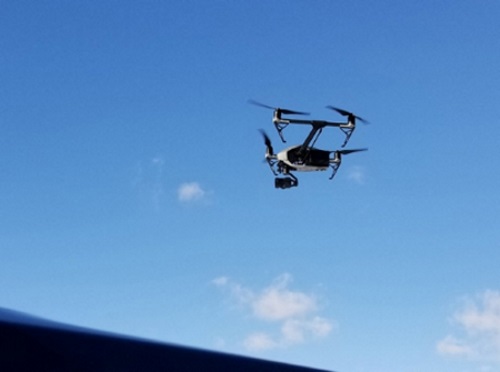 New York-based nonprofit NUAIR, which manages that UAS corridor, will help the consortium establish an “experimentation hub” offering more than 100 square miles dedicated to 5G beyond-visual-line-of-site testing and long-range flight paths for drones along that passageway.

“Our drone corridor being selected for the launch of the nation’s first 5G unmanned aircraft systems testing range further positions our state –specifically the Central New York and the Mohawk Valley region – as the global leader in the market for this cutting-edge technology,” noted Governor Kathy Hochul (D) in a statement.

“The industry is looking for an FAA and FCC [Federal Communications Commission] approved communications network that has the capability and reliability needed for safe commercial drone operations,” he pointed out. “5G holds the promise of unlocking scalable, economically viable drone operations and we are confident that our work in New York will help determine if 5G is a suitable solution for the UAS industry.”

State departments of transportation across the country are supporting drone development in a number of ways.

For example, when the U.S. Department of Transportation launched a new drone research initiative in November 2020 dubbed the BEYOND program – an effort building off the agency’s three-year long Unmanned Aircraft Systems Integration Pilot Program (UAS IPP) that wrapped up in October 2020 – participants included the Kansas, North Dakota, and North Carolina DOTs.

“Drones are going to be an increasingly important part of our transportation system, and we need to make sure our state and our country are ready for them,” explained Eric Boyette, North Carolina’s transportation secretary, in a statement at the time.

The North Carolina Department of Transportation recently completed two successful trial flights of a delivery drone from Hatteras to Ocracoke Island in July.