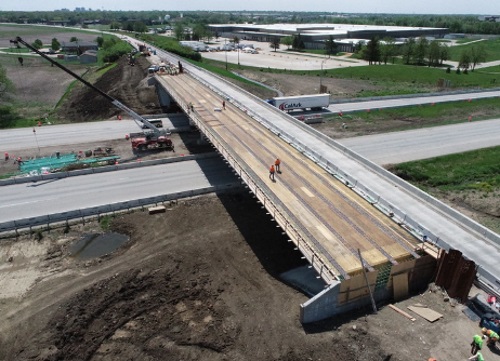 A pair of reports – one from the U.S. Department of Transportation and the other from the Government Accounting Office – highlight the increased focus the federal government is placing on climate change and resiliency within transportation infrastructure projects.

USDOT Secretary Pete Buttigieg noted in a statement that his agency’s new 26-page Climate Action Plan “will help ensure that our transportation infrastructure, policies, and programs will be more resilient to the climate impacts already facing our country.”

That plan calls for USDOT to incorporate resilience factors into its grant-making programs, enhance resilience through the project planning and development process, and improve research on resilience. That plan also calls for USDOT to “ensure resiliency” of its facilities and operational assets while also ensuring the availability of “climate-ready services and supplies.”

Meanwhile, the GAO issued a report in late September that offered 10 options to “further enhance the climate resilience of federally funded roads” via several resiliency initiatives.

However, GAO did note in its report that such initiatives could create unintended difficulties. For example, adding climate resilience requirements to formula grant programs could compel action but complicate states’ efforts to use federal funds, the agency said.

Despite that, GAO’s report stressed that U.S. transportation infrastructure needs resiliency improvements to ward off the potentially costly impacts of climate change.

“If U.S. roads aren’t built to withstand changes in the climate, they may be unsafe routes for emergency evacuations and expensive to fix after a disaster,” GAO said in its report. “Climate-related damages to paved roads may cost up to $20 billion annually by the end of the century.”

Many state departments of transportation are already incorporating more resiliency elements into their transportation projects to ward off the climate impacts noted by GAO.

For example, Ed Sniffen – deputy director for highways at the Hawaii Department of Transportation – noted that his agency views “resilience” as a way to not only make infrastructure more robust and last longer, but save money as well.

“We’re making sure resiliency is built right into our project planning processes,” he explained during a panel discussion at the 2021 virtual American Association of State Highway and Transportation Officials Washington Briefing in March.

“But we also view it as a way to save on cost. For example, on one project, instead of re-stabilizing slope prone to rockfalls, we extended a tunnel to better protect the road,” Sniffen said. “That cost us $20 million versus $150 million to stabilize the slope.”

Margaret Anderson Kelliher, commissioner of the Minnesota Department of Transportation, stressed that each state needs to look at the specific severe weather events that affect their areas so they can tailor infrastructure designs appropriately to maximize resilience.

Where Minnesota is concerned, she said her agency also often considers a “step back” where infrastructure is concerned – for example re-routing low volume roads away from areas prone to flooding rather than rebuild them.

“It is not always about building back better with infrastructure,” Anderson Kelliher said. “Often we need to plan whether it should be there in that location in the first place. That’s why we are really trying to pilot using ‘climate resilience’ in our corridor plans and how to support emergency repairs going forward.”