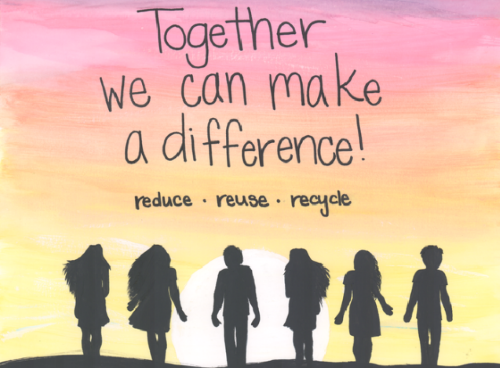 The Oklahoma Department of Transportation recently announced the 14 winners of its annual “Trash Poster” calendar contest. The original artwork of those 14 kindergarten through 12th-grade students highlighting the consequences and negative impacts of littering will adorn a free 2022 calendar distributed by the agency while supplies last.

[Above image via the Oklahoma DOT]

The 14 contest winners will receive a monetary award, a T-shirt and facemask with their design, a laminated copy of their poster, and a state legislative citation of congratulations. The teachers of the winning students will receive a monetary award for classroom supplies and a two-day stay voucher to an Oklahoma state park courtesy of the Oklahoma Department of Tourism and Recreation, the Oklahoma DOT said.

“We continue to be amazed by the quality of art we receive from our state’s gifted students and their passion for a healthy, cleaner environment,” said Melody Johnson, Oklahoma DOT’s beautification coordinator, in a statement.

“Their work continues to inspire us in our mission to end littering across Oklahoma. Thank you to all the students for their submissions and to their wonderful teachers for including this important public messaging in their classrooms,” she added.

The agency noted that it spends nearly $6 million annually to combat litter along state highways and interstates while the Oklahoma Turnpike Authority spends additional $1.5 million yearly to clean up trash strewn along the state’s toll road – totals that do not include the hundreds of volunteer hours spent picking up litter across the state every year.

State departments of transportation across the country are engaged in a variety of anti-litter outreach and cleanup efforts to remove trash and debris strewn along state roadways.

The California Department of Transportation recently launched a new public awareness campaign today dubbed “Let’s Change This to That” to help reduce the amount of litter and other pollutants on highways that end up in California’s water system.

Using visual comparisons of dirty and pristine roadsides and landscapes, the campaign encourages Californians to pitch in to keep highways clean and our water drinkable, swimmable and fishable.

The North Carolina Department of Transportation recently said its crews, contractors, and volunteers had collected more than 10 million pounds of litter from roadsides by the end of September – close to breaking the state’s record for litter collection set in 2019.

That announcement came on the heels of the two-week Fall Litter Sweep, which saw more than 418,000 pounds of roadside litter picked up statewide.

NCDOT estimates its litter removal efforts for 2021 should exceed the 2019 record of 10.5 million pounds sometime in October.

In Virginia, Governor Ralph Northam (D) issued a proclamation declaring October as Virginia is for Lovers, Not Litter Month – a month-long initiative first launched in 2020 that focuses on raising awareness about litter and encouraging all Virginians to do their part to keep the state litter-free.

“Tackling litter demonstrates our responsibility and respect for our communities,” noted Shannon Valentine, Virginia’s secretary of transportation, in a statement. “‘Lovers Not Litter’ is a campaign and a commitment to highway safety, economic development, tourism, and a healthier future together.”

She also noted that Virginia spends nearly $3.5 million every year cleaning up litter on its roadways.