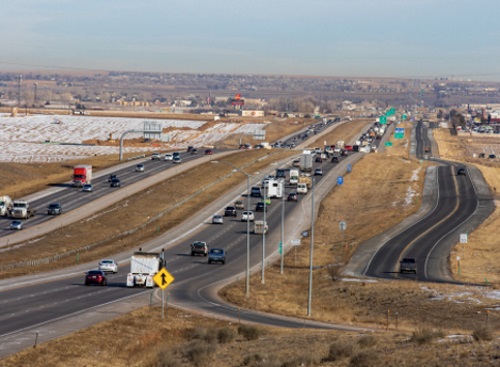 The updated version of the agency’s pollution curbing proposed rule is available for a second phase of public review until November 18, which includes an additional virtual public hearing on November 10.

“We are thrilled at the depth of public participation and heartened that the vast majority of feedback over the past two months has indicated strong support for the rule,” noted Shoshana Lew, Colorado DOT’s executive director, in a statement.

“This revised pollution reduction standard incorporates that feedback to strengthen our approach to achieve cleaner air, economic growth, and even better quality of life in the places we love,” she added.

Senate Bill 260, a more than $5 billion transportation-funding bill signed into law earlier this year, directed Colorado DOT and the metropolitan planning organizations for Denver and the northern Front Range to more fully account for climate consequences in their transportation plans, with initial updates due in about a year.

In addition to the revised draft rule, the agency released additional materials that respond to questions and feedback throughout the process thus far.

That includes an initial draft guidance document explaining how mitigation options will be developed and measured in practice. Mitigation measures are an important aspect of the rule, providing an incentive for additional transit, sidewalks, bike lanes, and more, the agency said.